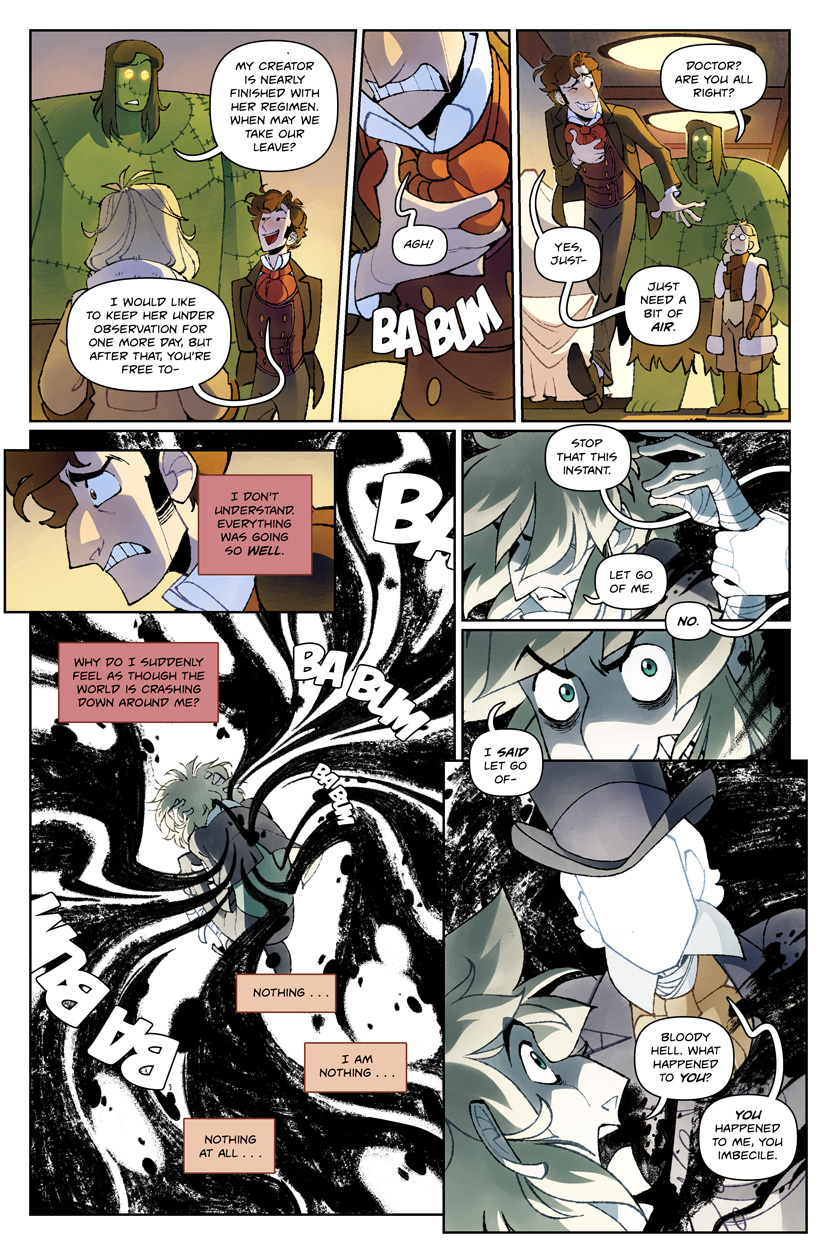 Hey y’all, I could really use your input on something! I’m getting ready to send book one of TGS to the publisher, but one thing’s been bugging me for . . . years now, honestly.

Bryson is a very minor character in the story I came up with way back when I was outlining the comic. At the time, Neil Degrasse Tyson was at the height of his popularity—he’d just hosted Cosmos, he was all over pop culture, he even did a guest voice for Gravity Falls.* Alex even rewrote a bit of the dialogue so you could tell it was him. (“Smart Waddles” in “Little Gift Shop of Horrors”—fun fact, we also recorded Jad Abumrad of Radiolab fame for the part). However, he seems to have fallen out of favor since then, considered cringe-worthy if not actively problematic. I don’t keep up with public figures that much, so I don’t have a strong opinion one way or another, but if he’s not a great guy, I don’t love having a near-full-page spread introducing him. (With a big call-back in Chapter 6--thanks, Me from the Past!)

I’m trying to see how much I absolutely need to change to avoid associating this comic with a not-so-great public figure. To that end, I would love if y’all could answer a few questions on the subject:

1) Did you make the connection between Nicholas D. Bryson and Neil Degrasse Tyson? (I had at least one beta reader not get the reference in the first place.)

2) Did you get the reference to Cosmos? (“Why don’t you join me in exploring the COSMOS…”)

3) If you didn’t get the reference, does the scene still make sense? Does it read okay as just “Here’s this really cool dude talking about grand expeditions through the cosmos . . . but he’s in a goofy hot air balloon”?

*We also cast Louis C.K. for a cameo in Gravity Falls. I’m pretty sure they replaced him after the allegations came out, but still, awkward.