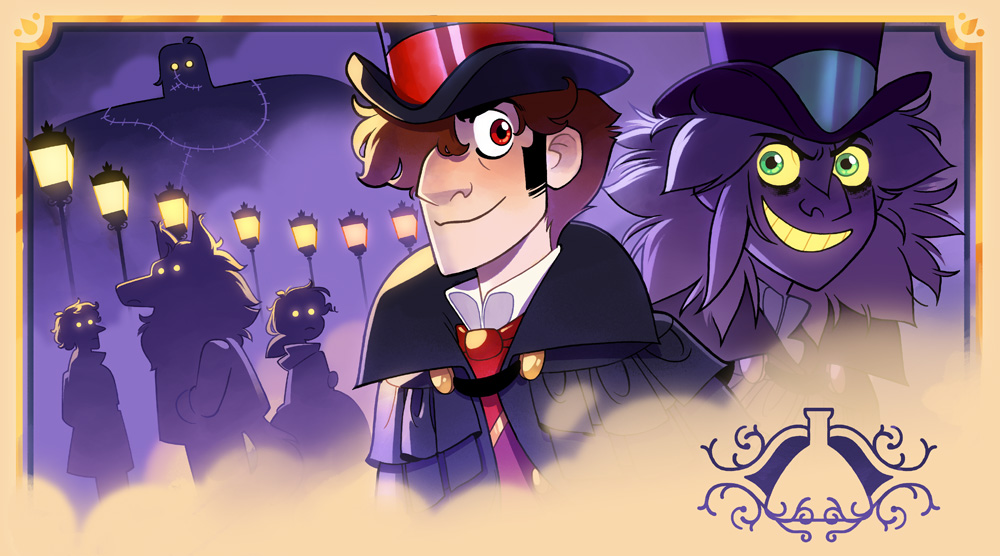 The city of London is not the safest place for mad scientists. Thirty years after the death of the infamous Dr. Frankenstein, its citizens have gotten awfully good at killing monsters, destroying laboratories, and generally wrecking anything new or strange-looking. Soon, every scientist within city limits will find themselves behind bars, unless someone can turn their luck around.

That someone is a respected gentleman and socialite—who also happens to be a scientist himself! He believes that mad science (or “rogue science,” as he prefers) could flourish in London if only it could improve its reputation in the public eye, and he plans to give it one hell of an image makeover. With the help of a ragtag group of scientists from across the globe, he plans to end the reign of fear and superstition that has held London captive for decades . . . so long as no one discovers his one little secret, a secret that could ruin him and unravel the lives of everyone he knows.

Set amidst a landscape of bubbling potions and misunderstood monsters, The Glass Scientists explores themes of identity and self-acceptance in a world ruled by shame and fear.

+This story also includes many references to characters from Victorian Literature. Check back soon for a full list of references (under construction)!

Hello! I am Sabrina Cotugno, and I write and draw this webcomic! During the day, I work as an animation director and writer. My past projects include: Gravity Falls, Star vs. the Forces of Evil, and The Owl House. For specific episodes I worked on, please see my IMDB page here! I graduated from Calarts in Character Animation in 2012 and have also studied at Gobelins L'Ecole de L'Image in Paris.

I first became obsessed with Victorian scientific romances  after reading Strange Case of Dr. Jekyll and Mr. Hyde in highschool. I love anything with bubbling potions and antique-y looking medical equipment in it.

You can contact me via social media or email me at: glitterygothic @ gmail . com 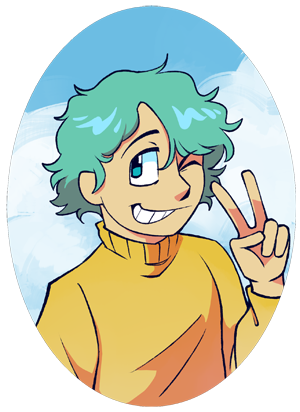 The color assistant and background inker for The Glass Scientists (from chapter eight on) is Julia Elliott! Julia Elliott, also known simply by Velo, is a young Canadian artist who enjoys illustrating and designing characters from books, podcasts and from their own creations. They plan to one day work in the animation industry. They can usually be found on their Twitter page.

For chapters 1-8 my color cleanup artist was Tiina Purin! Tiina is a lifelong biology nerd born and raised in the wastelands of Florida. Her  specialty is creature design and she's been crafting characters for numerous private clients since 2003. Her work has been featured in several collaborative, themed card decks, calendars, magazines and published art collections. You can find her work at her website.