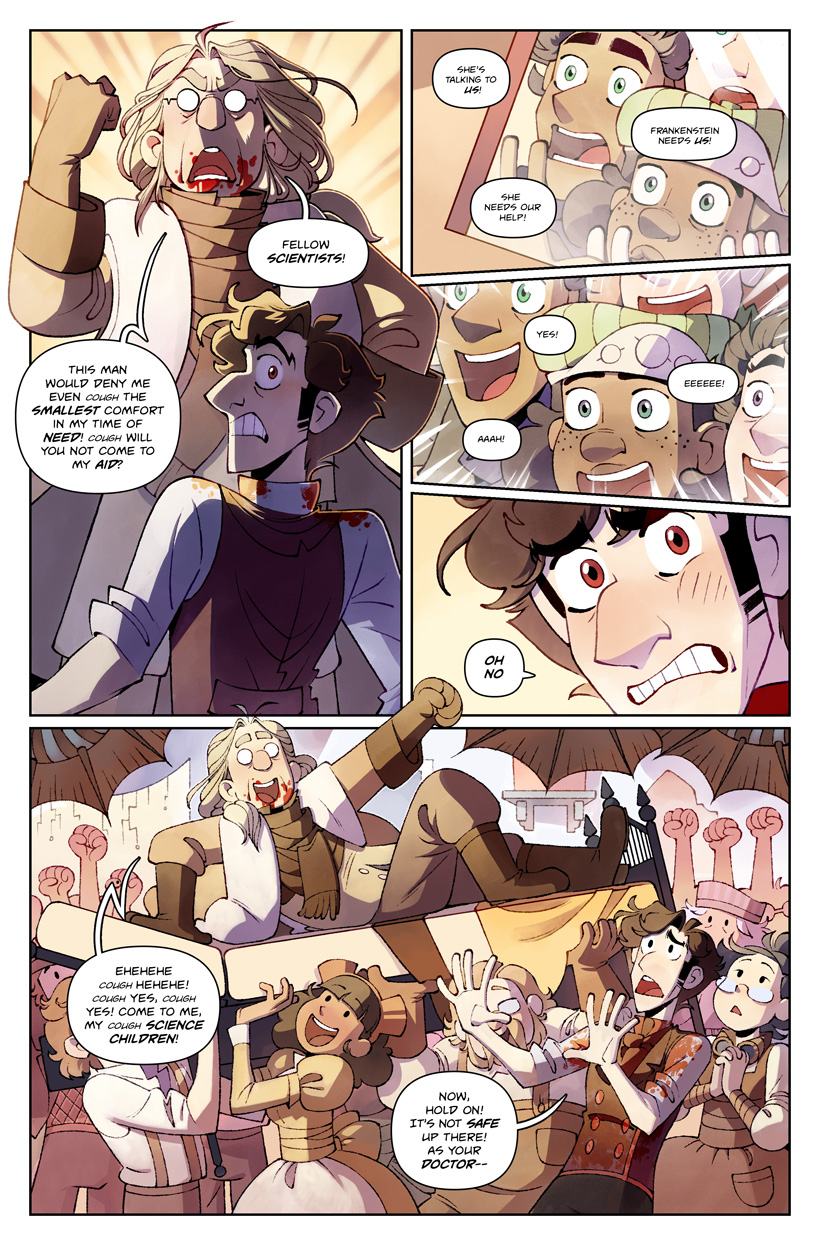 I got an ask on Tumblr that I meant to reply to publicly, but then I pressed the wrong button! So I will try to reproduce the answer here.

The question was: Will Morcant (from Bleeding Heart) appear at some point in The Glass Scientists? Maybe! There's not an enormous amount of room for her in this already long comic, but I would like an opportunity to show off her true personality. When she is not recovering from near-fatal wounds, Morcant has a bit of a gym rat/frat boy personality. She travels around with her pack of equally gym ratty, frat boy-ish queer immortal lady werewolves.