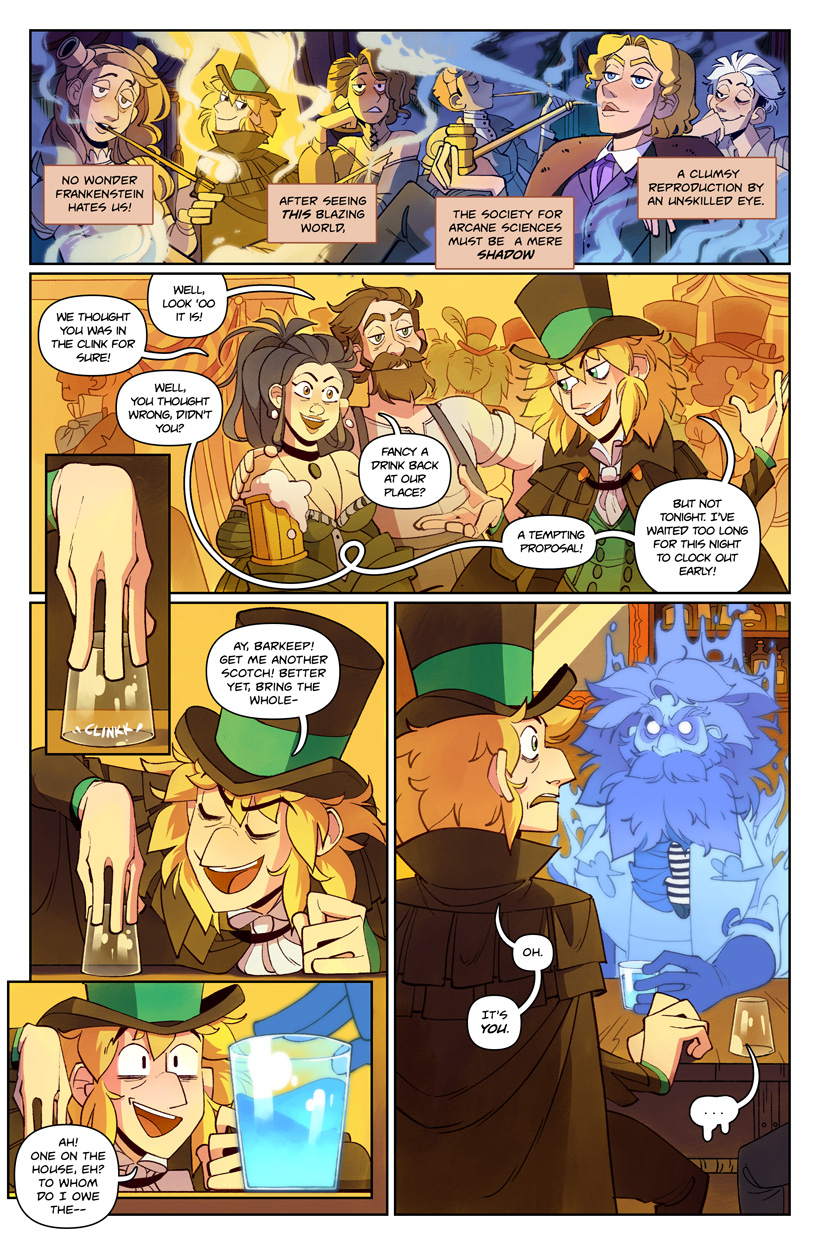 Here's an announcement: I'm trying out they/them pronouns for a bit!

I don't know if I'll stick with them, but hey I won't know until I try, so please use those for me for the time being! I probably won't know for a while what feels right because I decided to roll out these pronouns right as the shutdown was happening so like . . . there is literally no one else here to refer to me by any pronouns. Womp womp! (Except my boyfriend, but since it's only me and him, and you kind of need a third person present to use third person pronouns . . .)

I don't particularly mind she/her pronouns, incidentally. I would like to get to a place where people randomly assign me a pronoun based on how I'm dressing that day (ROGUE-LIKE PRONOUNS) but since I seem to look like An Woman (tm) no matter what I do, I just get she/her'd everywhere and that's kind of a bummer!

ANYWAY . . . does anyone remember these two minor characters who appeared on like two pages in Chapter 3? They're here again! They like Hyde, and they have definitely had sex with him, but they also made absolutely zero effort to find or check up on him when they thought he was in trouble, so.