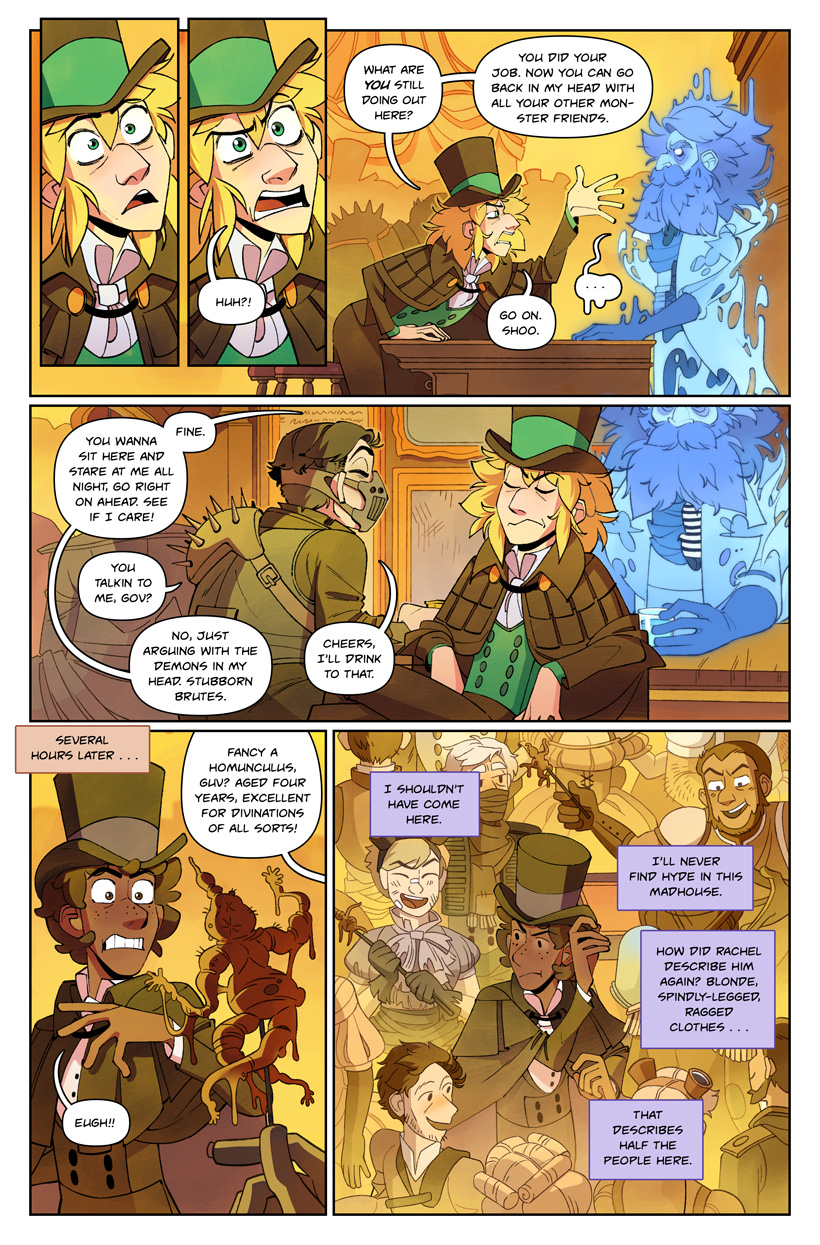 I can relate to Mr. Hyde a little bit. Not the whole 'darkness in the pit of all humanity' thing, I mean what's THAT all about. I'm talking about the part where he's ignoring all the big problems in his life by hyperfocusing on a single and ultimately trivial goal ("Let's go to the mall!"). Anyway, how's the pandemic going for everyone?

My internal reward systems are a little out of whack, because I normally motivate myself by thinking, "Once I finish X, I can do Y." Well, all my Ys are just about off limits right now (most of them involve fancy lattes). I enjoy meeting up with friends, but man, I used to be way better at digital communication. When I was a teenager, a whole lot of my friendships were either partly or entirely online, but slowly over the last decade I've lost the ability to multitask activity+text communication, so keeping in touch with people while social distancing has been more exhausting than I expected. Skype calls and voice chats seem to have exponentially increased the most awkward parts of IRL conversation ("*two people talk at the same time* Sorry, you go." "Say that again?" "*awkward pause while everyone politely waits for everyone else to speak*"). So I find myself initiating digital group hangouts way less than me-from-the-past thought I would. I don't have a solution for that!