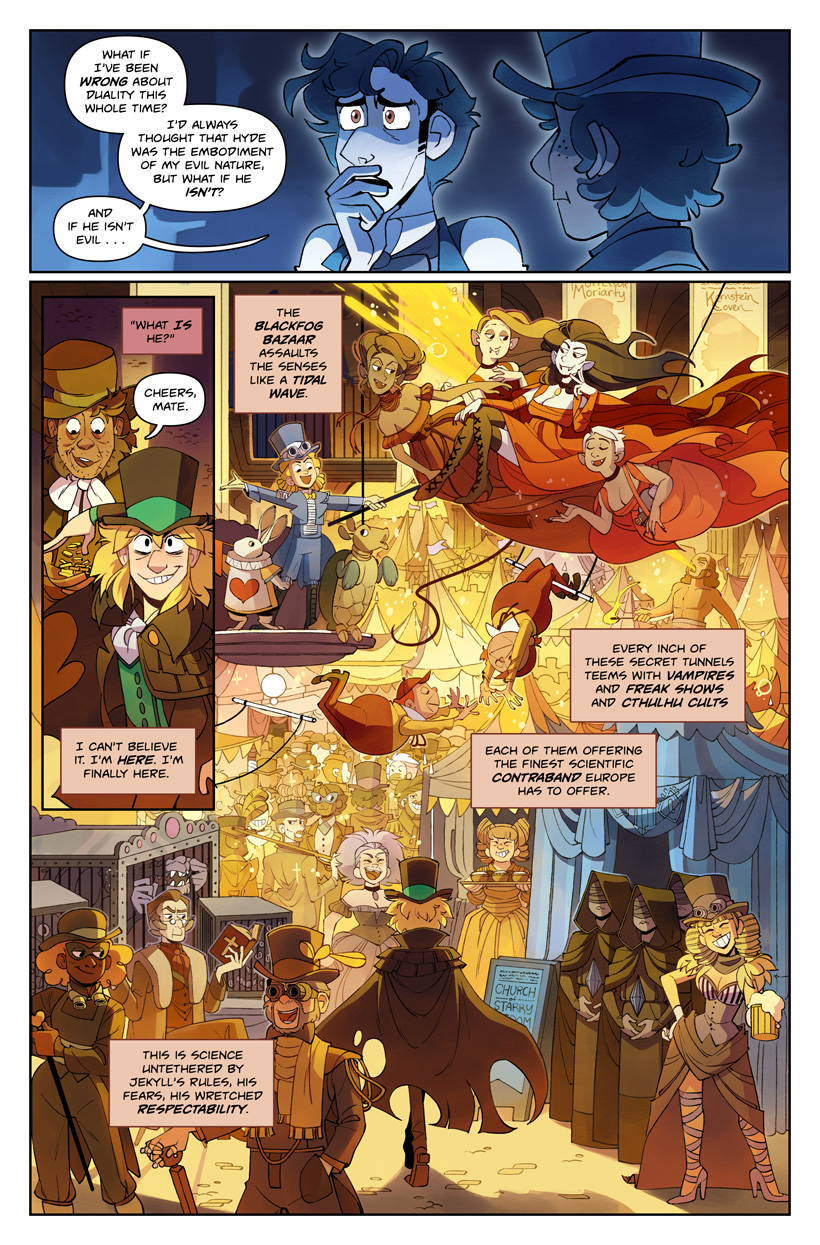 Let's go to the mall, everybody!

This is probably the most complicated page there will ever be in the entire comic. Not that intense things won't happen later in the story, but this is the only page that has this much going on, visually. The point of this reveal is that Hyde has been looking forward to Blackfog since the very beginning of the story, and it actually turns out to be just as awesome as he'd hoped, and that's a big ask for one panel, lol.

There's a mix of literary references and general steampunk-looking-guys here. I'll leave most of them up to you to parse out, but I want to point out one reference that several readers tipped me off on: the flying vampires at the top are the Karnstein coven, headed by Carmilla, from the novella of the same name. Carmilla is an early work of vampire fiction, predating Dracula by several years, and it is gay as hell. It's also a pretty easy read and public domain (like Jekyll and Hyde!), so if you've ever wanted a story about "Oh no! My hot mysterious roommate is a shapeshifting lesbian vampire!" you can read it on Project Gutenberg or listen to it on Librivox.