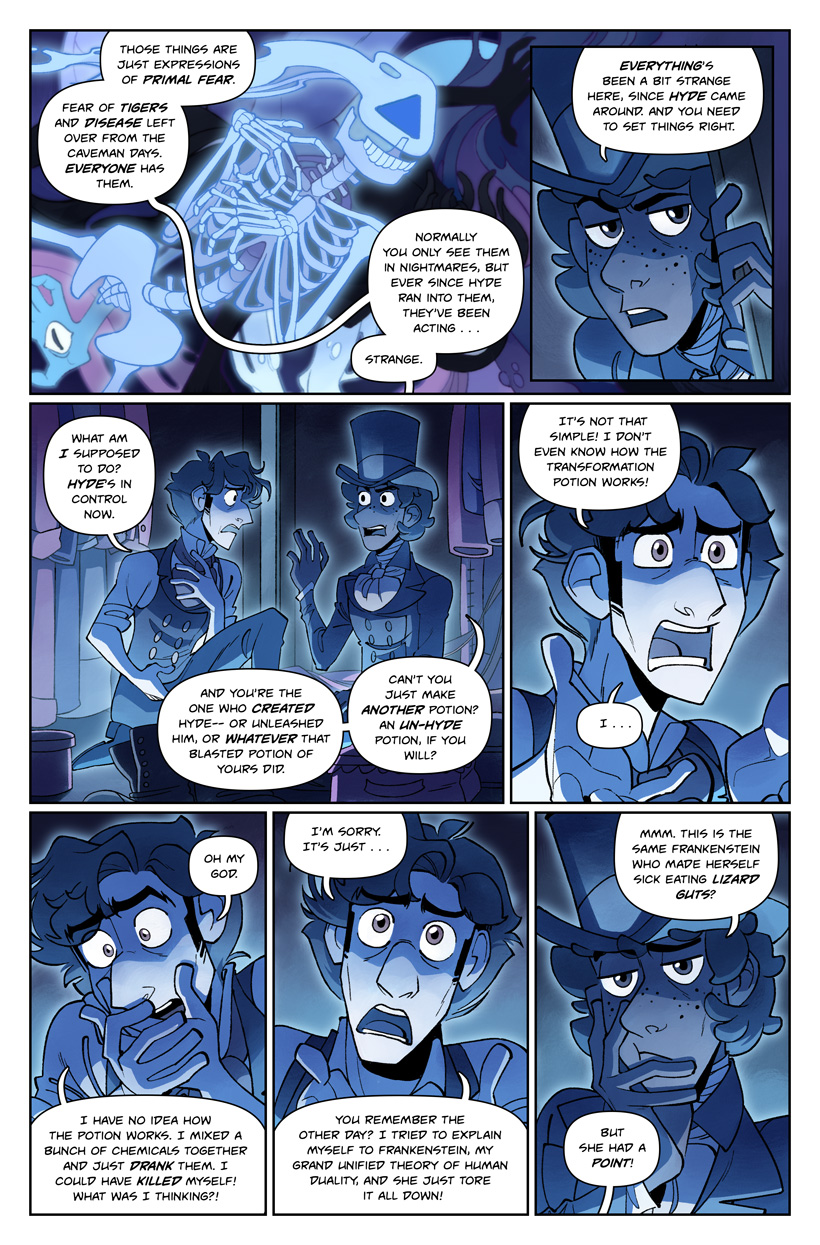 It's corona virus time! How is everyone doing? What are your plans for this week? Are you at work still? Are you at home? Are you stranded in a foreign city after being kicked out of the dorms? My workplace, Disney, has strongly encouraged all employees to work from home if they can.

My own schedule will depend heavily on some meetings that I'm waiting on, so I don't know exactly what I'll be doing this week, but I DO know that the Glass Scientists schedule will march on, as it always does.  Fake!Lanyon is back at it again with his “can’t you just like make Hyde explode or whatever?” bullshit.

This short conversation between Jekyll and Fake!Lanyon was surprisingly difficult to write. The rough draft was about three times as long, but it kept getting cut down because it kept feeling so . . . redundant. Just about anything Fake!Lanyon said to Jekyll was something that Jekyll already believed, albeit delivered in a blunter fashion. Jekyll already believes that the only way to keep Hyde out of trouble is to repress him. He already believes, deep down, that a truly perfect gentleman wouldn’t keep Hyde around at all, that he would isolate any weaknesses in his character and crush them . . . with his mind vice (to borrow a phrase from 30 Rock). There just didn’t seem to be any forward momentum for this conversation, at least until I steam-of-consciousness stumbled into this horrible realization Jekyll has that oh my god what am I doing with my life. You know, one of those realizations.