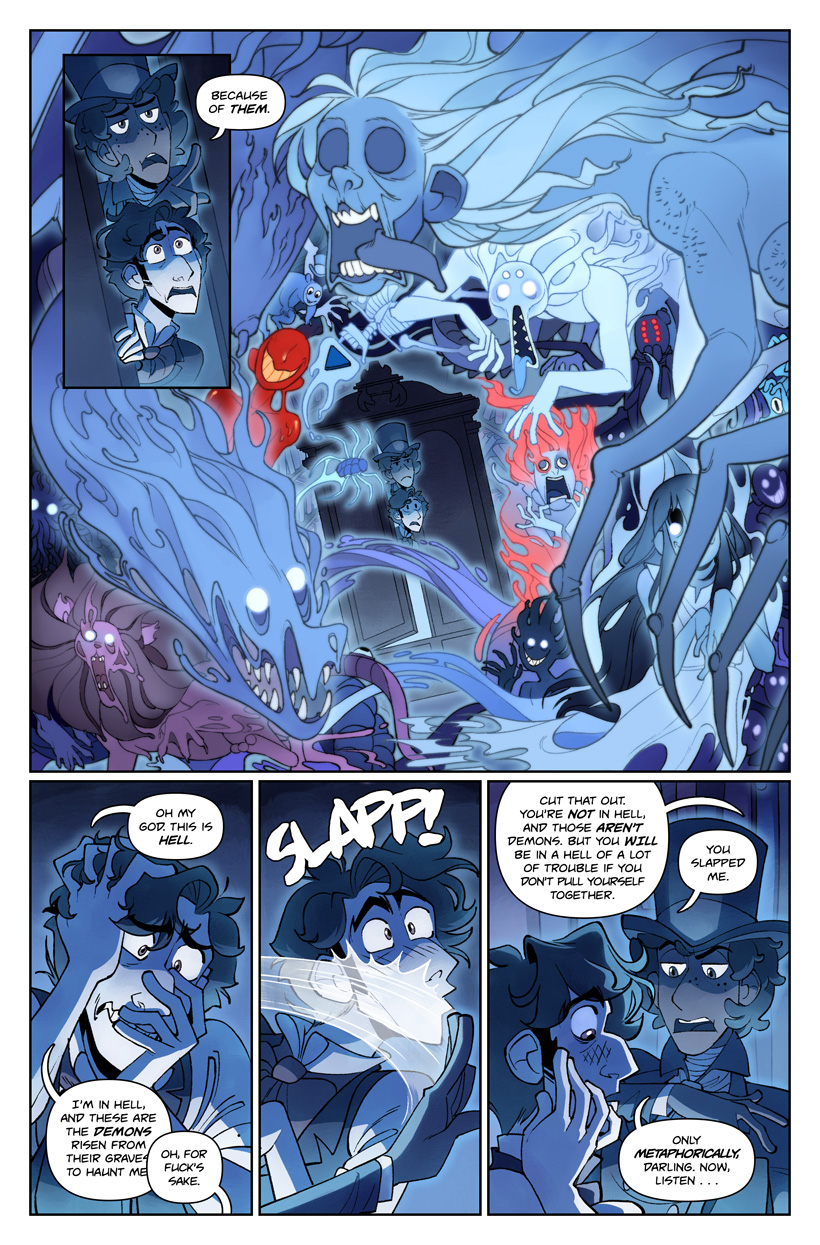 Only TRUE Jekyll and Hyde fans will get this obscure musical reference!! (Or maybe not. I feel like most fans know the concept album version of the show.)

There's a version of this scene where Jekyll has a longer line after "You slapped me," implying either that the real Lanyon used to occasionally slap Jekyll during . . . intimate moments, or that Jekyll used to fantasize about Lanyon slapping him. It was cut for time and because it was too silly.