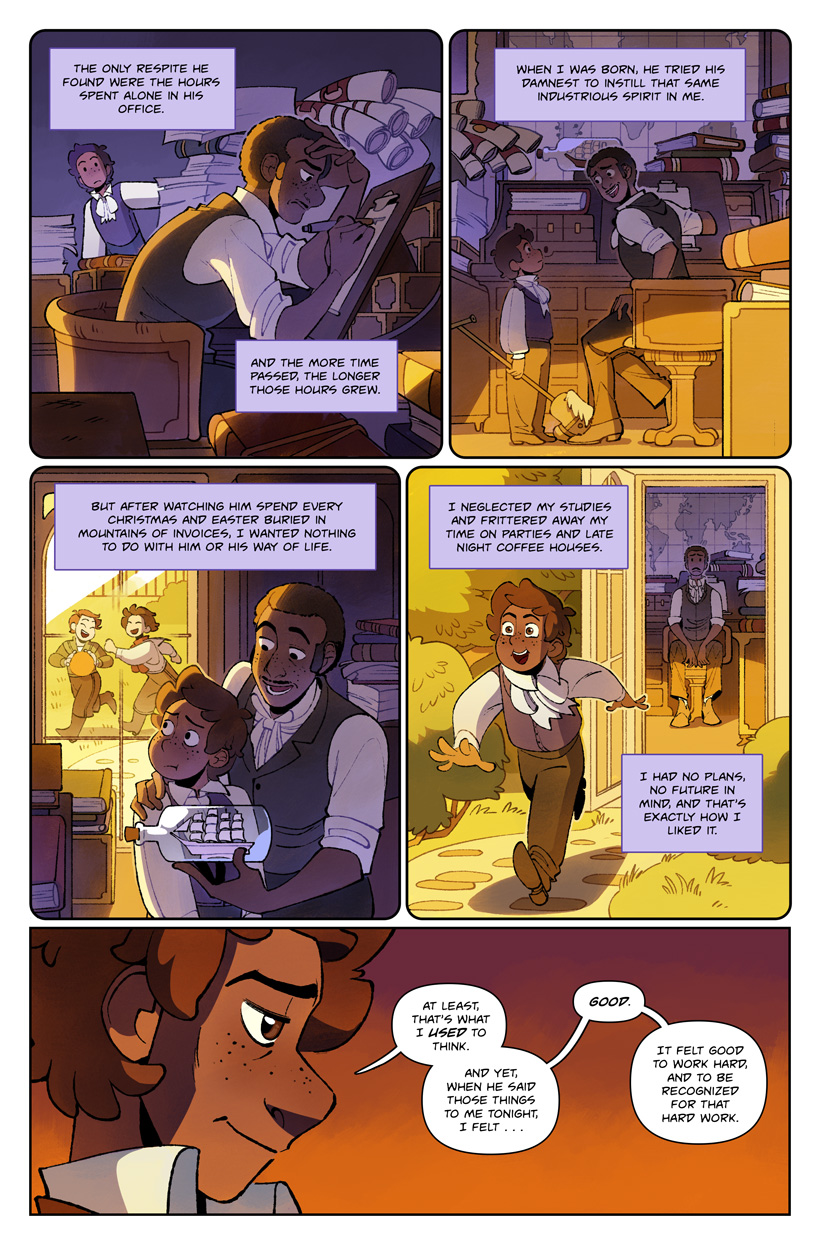 I have always intentionally written Lanyon as mixed-race—his cynical attitude towards the aristocracy stems largely from his experience of not-belonging-but-not-NOT-belonging common to biracial people--but I’m not sure how much of that intention has made it onto the page.

As a half-Japanese person myself, I’ve often struggled with presenting the mixed-race experience in a narrative setting. I have so many complicated and nuanced feelings about the subject that they tend to come out as a ten part video essay rather than a clear externalized conflict. I’m still not sure how to dramatize that experience without overdramatizing things in a way that ultimately reads as false. This little story from Lanyon’s childhood—guilt for acting on normal kid impulses in a way that ultimately distances you from your heritage—is probably the closest I’ve come so far.