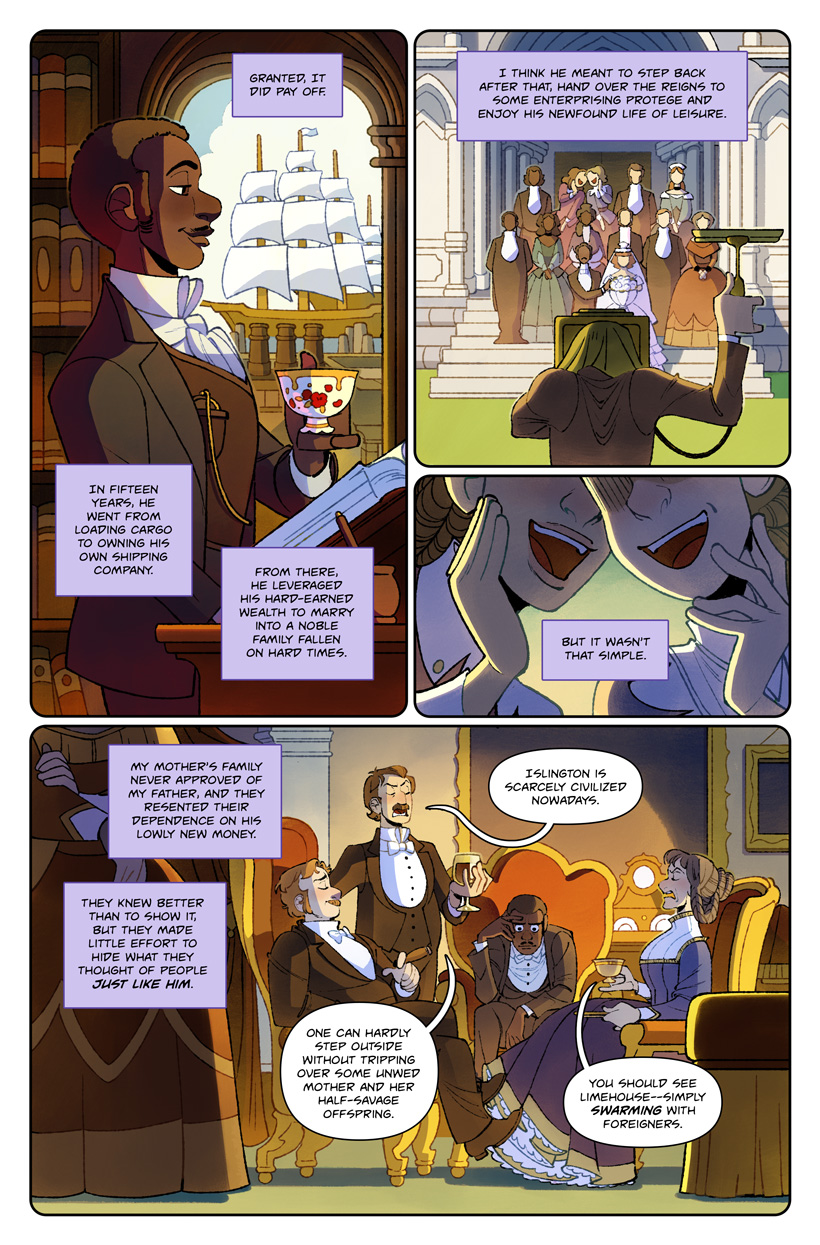 Boy, those racists sure are bad guys! It’s a good thing there’s no one like that in the modern world!

One reason I didn’t directly address the subject of race early on in this story is that I took racism as a given. I did not go in with the intention of, “This is a fictional Victorian era where POC exist and racism does not.” It genuinely did not occur to me that anyone would interpret the setting this way, which in retrospect was a little short-sighted--it’s obvious from page one that this is an alternate Victorian London (i.e. werewolves aren’t real), so you can’t assume that everything in the real life Victorian London translates 1 to 1 to this setting.

I guess I do take certain things for granted! A while ago I watched the Lindsay Ellis video on Pocahontas and was surprised when she pointed out that the song “Savages” was a blatant “there’s blame on both sides” argument. Even as a kid, I took it as a given that the white settlers were in the wrong. I mean, come on! Ratcliffe is a greedy (vaguely gay-coded) one dimensional bad guy, whereas Pocahontas’s dad is this super empathetic guy trying to protect his people. It’s obvious that when the white people said “savages” they were being racist, but when the Native Americans said “savages” they were just accurately describing a group of bad dudes invading their homeland.

Knowing the leadership at Disney at the time (hint: not a lot of Indigenous folks behind the camera) they probably did intend a more “blame on all sides” interpretation. But I don’t know—am I the only one who interpreted the film like this?