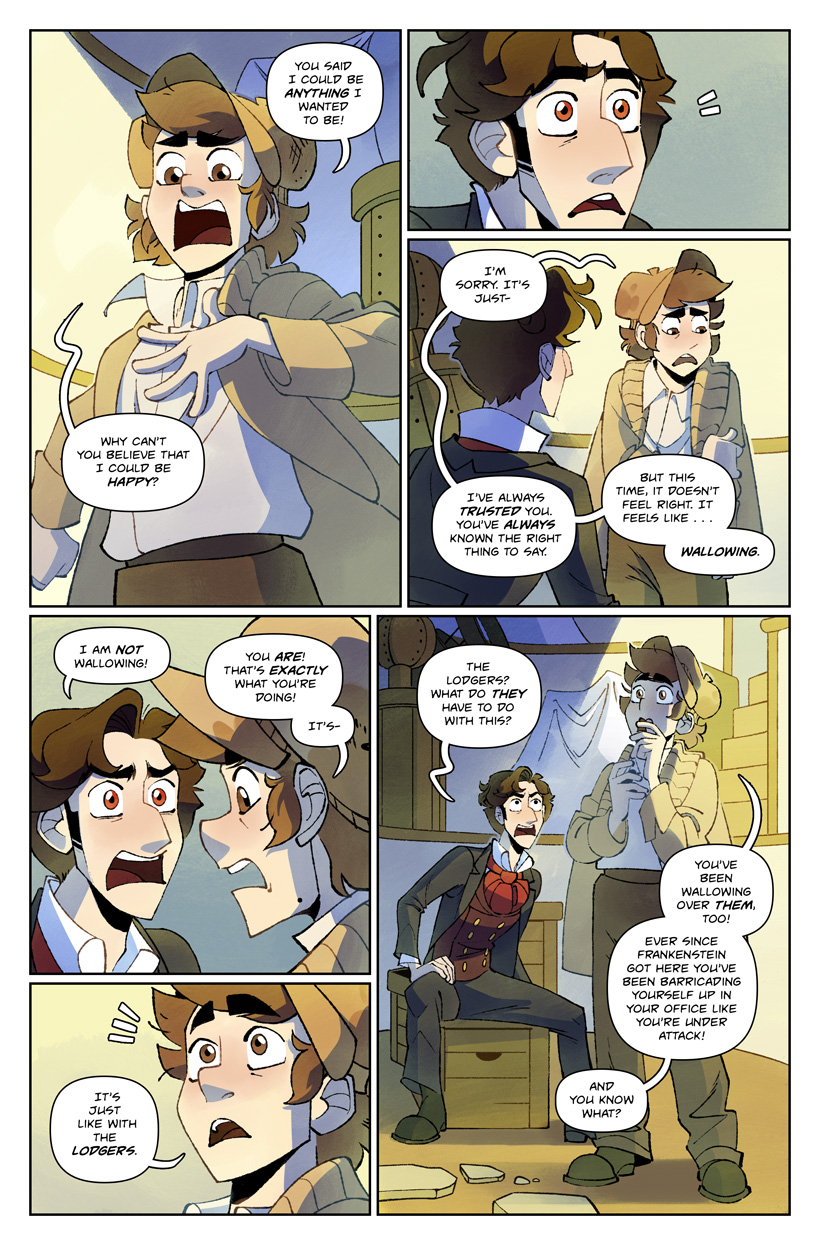 Jasper gets one panel of "saying the badass thing you wish you could say to your transphobic family." As a treat. But then it's back to awkward pauses and no eye contact for you, young man!

This is one of those conversations that started out much, much longer, a meandering argument picking apart every point of Jekyll's internalized-homophobic world view in its historical context (I write a lot of things like this--you should see my work emails) but this simple, fundamental flaw stood out above the rest: How could someone who lives in a fantasy world where he can literally tear his soul in two with magic potions believe that it is physically impossible for queer people to be happy? When this thought first came to me, I was genuinely a little freaked out. Like, "Oh shit, this is a huge plot hole, this story doesn't work!" But I think this is a real thing. Smart people don't always use their intelligence to form the most logical, fact-based beliefs ever; more often than not, they use their intelligence to justify the things they already believe. Or, as a cartoon therapist once said, they use intelligence to justify sickness.

Also, someone pointed out in the comments last week that Jekyll's "I've decided it's impossible to succeed at the thing so I won't feel like a failure for failing at the thing," which I love.