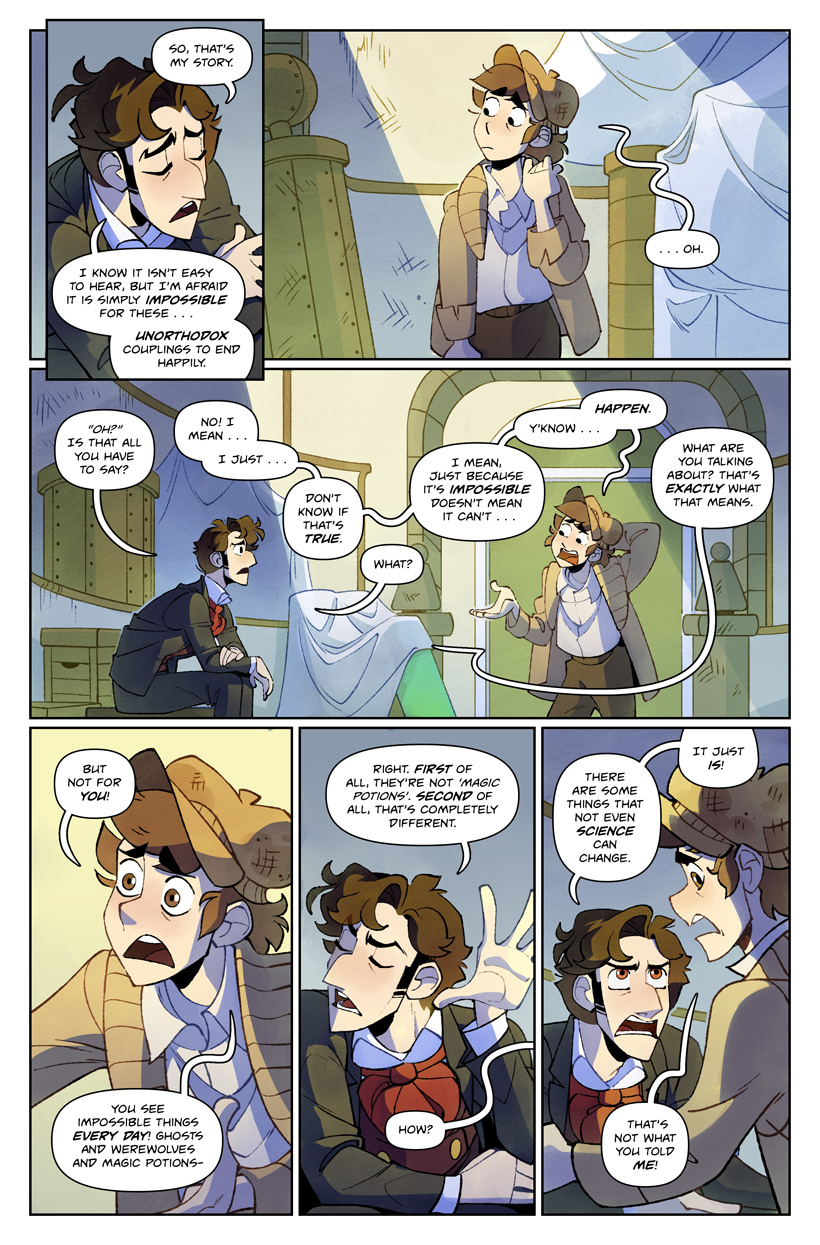 It was important to me that Jasper be A) objectively right in what he is saying and B) incredibly awkward in how he says it. Growing up in a family of lawyers, I was always aware of the difference between being right and sounding right, the danger of dismissing someone's point of view because they lack the skill or confidence to speak articulately. It's the reason I have a particular distaste for Ben Shapiro types, but it makes me equally skeptical when I see folks of any political persuasion, including my own, "destroying" an opponent with a better-rehearsed argument. It is, of course, incredibly satisfying to see someone you agree with decimate someone you disagree with in a viral tweet thread or whatever, but I try to interrogate that satisfaction when I can? Rhetoric is a tool anyone can use, after all.