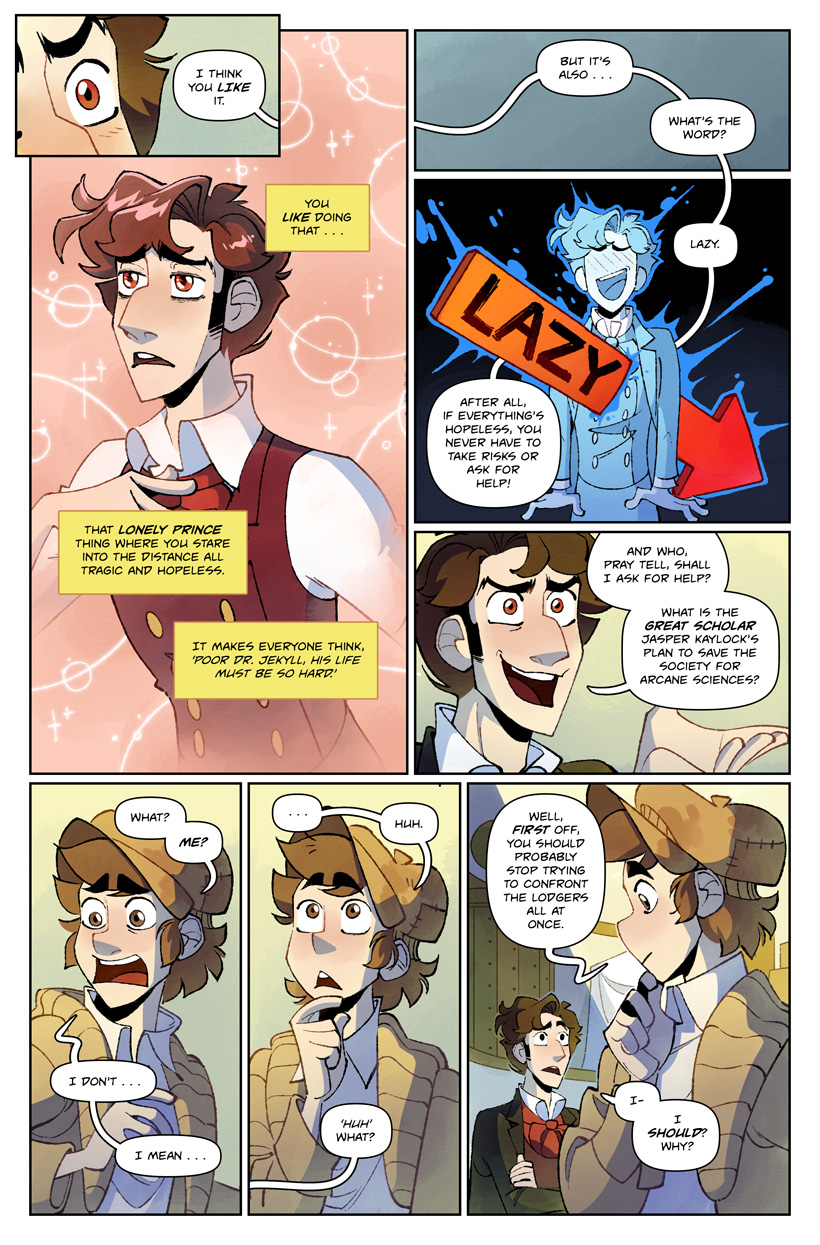 For clarity: Jasper is specifically criticizing Jekyll's decision to "barricade himself up in his office" when faced with opposition at work, not his gloomy outlook in general. (This hopefully makes sense in context but may get lost in the only-one-page-a-week update format.) Jekyll's behavior is not unreasonable given the amount of stress he's under (especially from Frankenstein) but that's the thing about leadership positions--there is always going to be stress. And unfair situations. And the constant, constant threat of failure, both public and private. It's important to cultivate healthy coping mechanisms to deal with your stress so that it does not leak out and poison everyone on your team. And if it does leak out, well, hopefully you have someone like Jasper to awkwardly, messily call you out.

The panel with the big red arrow is such an Ouran Host Club thing. This is aging me, but I so desperately wish to emulate that show's style of visual comedy. For a story that's essentially a sitcom with fancy sets, they bring so much liveliness and novelty through these super simple, evocative visual gags, often heightened by simplifying or removing color altogether. It goes against every one of my neurotic artistic instincts, which tells me to over-draw and over-color everything for fear of being called (appropriately enough) lazy. I want to get to a place where I can be simple and fun and loose--which tends to make for stronger comedy anyway--but I am still way at the beginning of that journey.