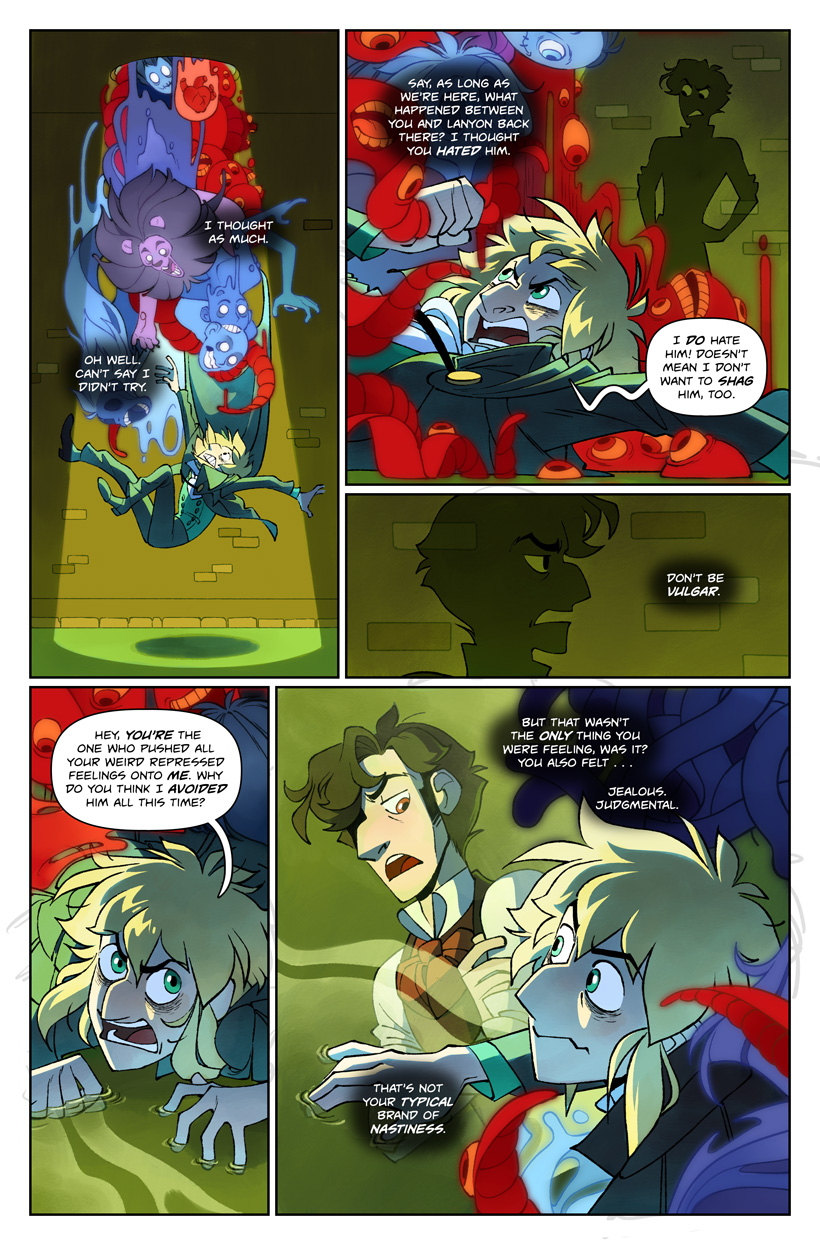 I bring you two sub-species of the Clueless Bisexual: On your left, you see Mr. Hyde, an "I'll just sleep with anything that moves lololol please don't ask me to think deeply about my feelings" bisexual. See how he employs hypersexual language to shock and offend his enemies so he won't have to engage with any serious conversations about his identity. On your right, you see Dr. Jekyll, an "I can be straight if I simply refuse to engage with any evidence to the contrary" bisexual. Notice how he brushes past Hyde's accusation of his feelings for Lanyon. It's amazing what you can accomplish (or fail to accomplish) when you simply decide you are straight and work backwards from there.

We could also have a conversation about how sexual identity wasn't really discussed in the Victorian Era, so even if he were not drowning in internalized biphobia, Jekyll would not consider himself "a bisexual man" but rather "a man with a series of unnatural impulses he must resist." And because he's a bi idiot, he would add, "just like every other man ever."

Also, a question: Where can I go to find fan works for The Glass Scientists? I used to search on Tumblr, but The Great Tumblr Purge was years ago now, and the latest  search engine adjustment makes it annoyingly difficult to find the content I'm looking for. I love looking at all your work, but that site is finally becoming too cumbersome for me to deal. Is there a better place to look?