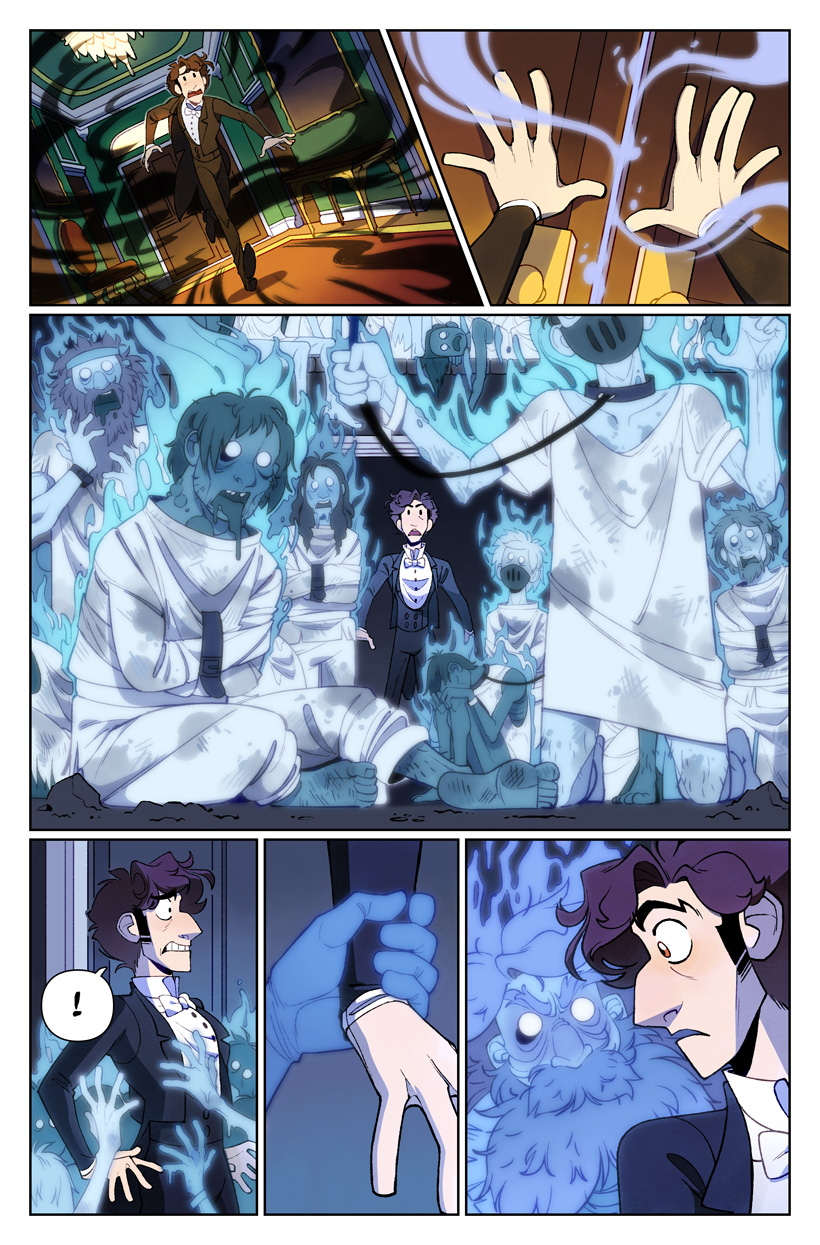 That middle panel is a much compressed version of a longer scene between Jekyll and Lanyon. I think it functions fine as just: "Jekyll throws open the doors to find himself fully immersed in a horrible nightmare" but it may be helpful to know that this is specifically a warped, anxiety-fueled vision of London's infamous Bethlam Asylum, where the real Moreau is currently held. Jekyll believes, deep down, that he deserves to rot there just as much as Moreau does.

Also, quick clarification from last week's page: Lanyon was being rather theatrical when he described his father's money as "blood money". He was referring to the fact that Lanyon's father only gave him financial support so long as he could control what Lanyon did with his life. Which is an unfortunate situation, but not really what the term "blood money" means. It wasn't one of Lanyon's smartest retorts, but to be fair, he was pretty upset at the time.