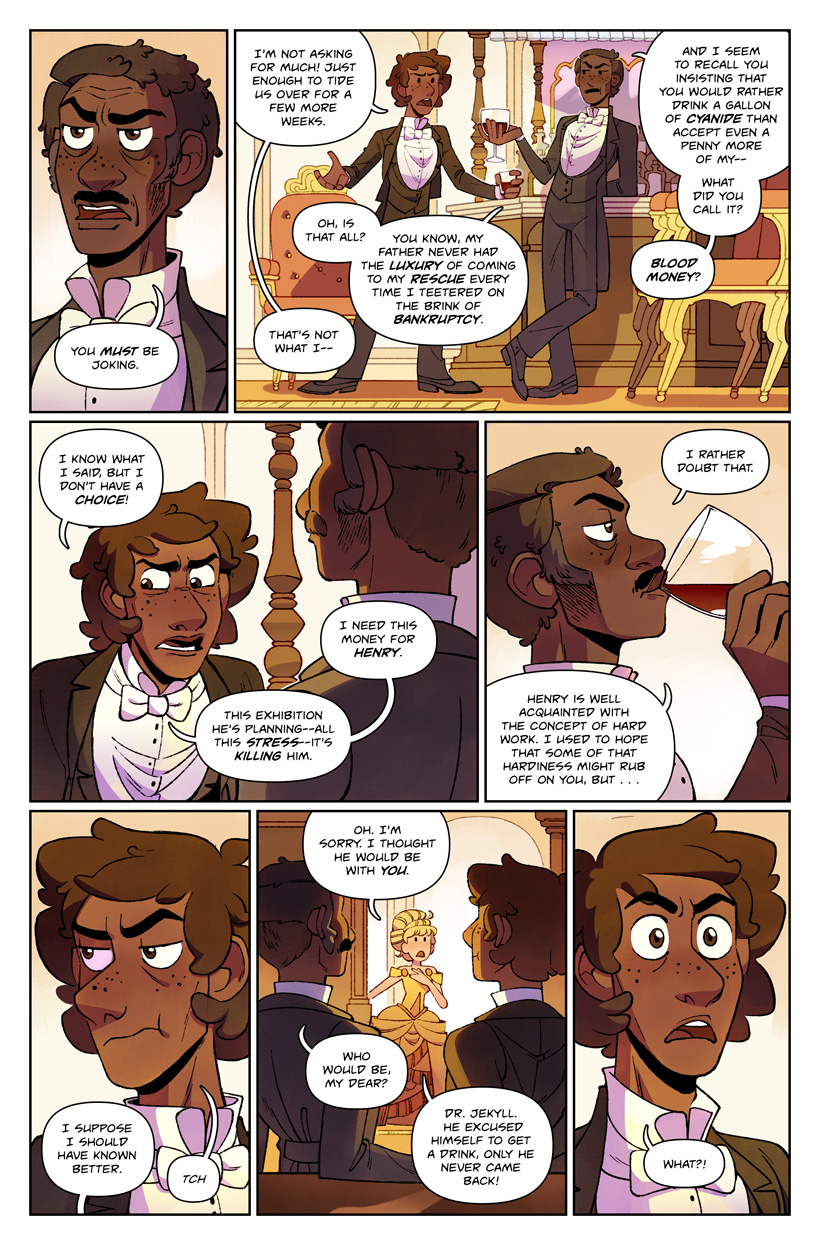 (Most of you already know this, but the link to the main FAQ page is a little strange right now, so for the time being I'm going to add this to the top of blog posts for new readers. *sticks a band-aid on it*)

Lanyon's father has not tried very hard to conceal the fact that he prefers Dr. Jekyll to his own son. He's always been fond of Jekyll, ever since they first met at the ball referenced earlier in this chapter. Robert had invited Henry in the hopes that he would join him in his favorite game of "stand by the bar all night gossiping about everyone else at the party." After all, up until this point Henry had been a quiet nerd hiding out in the library. Lanyon had every reason to think Henry would hate parties as much as he did, but it turned out his lessons in gentlemanliness combined with Henry's need to be liked by everybody to create . . . a beguilingly charming person who really likes stuffy fancy parties.

NEWSFLASH: We have cats now! We are fostering-with-a-hope-to-adopt two middle aged cats named Kabocha and Metanephrops-Tau. They are very stressed out after coming home from the shelter but hopefully they'll be more chilled out by next week! 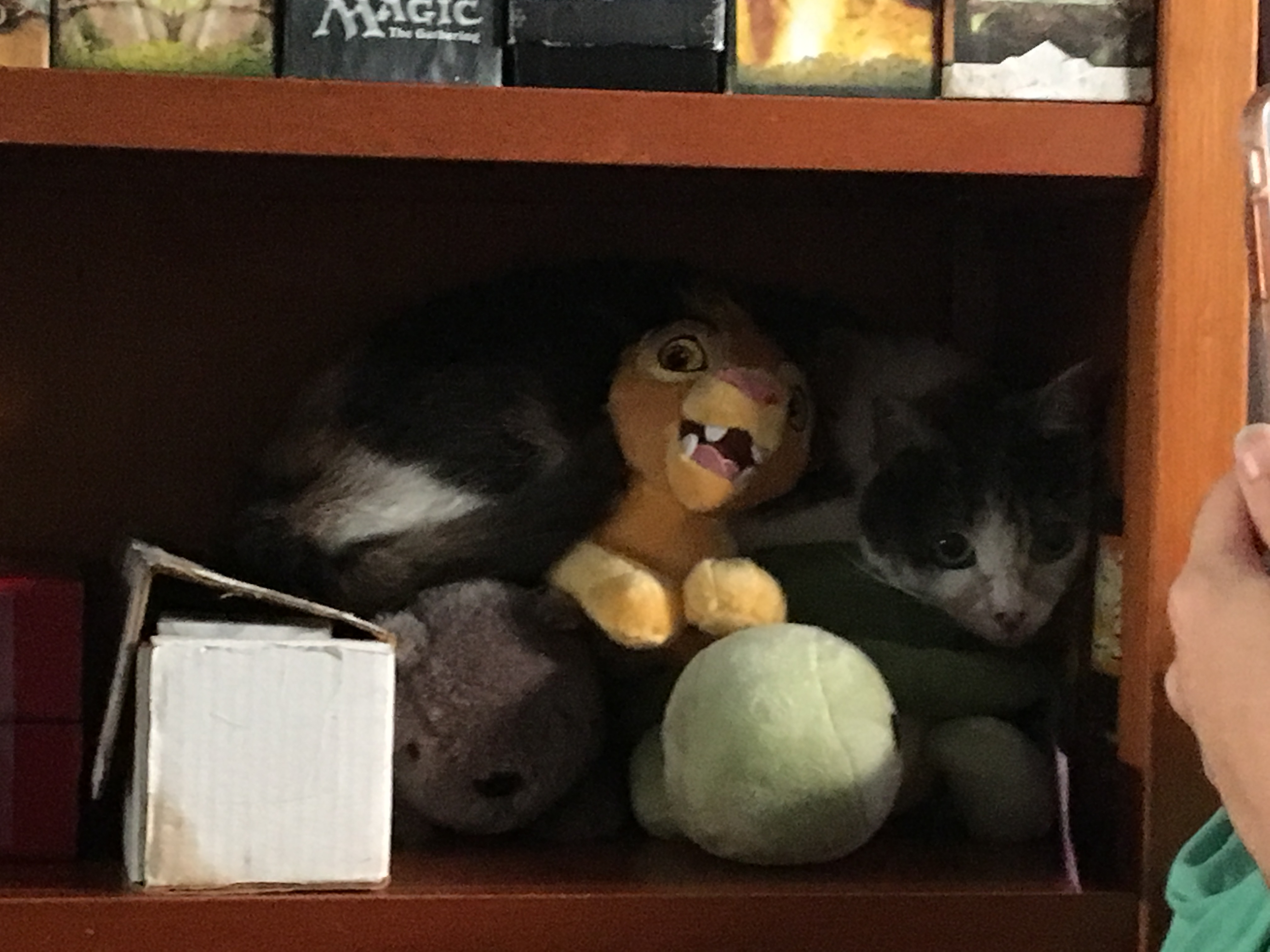 In the shadows you will see Kabocha. She is the shier of the two but she ate most of her dinner today??