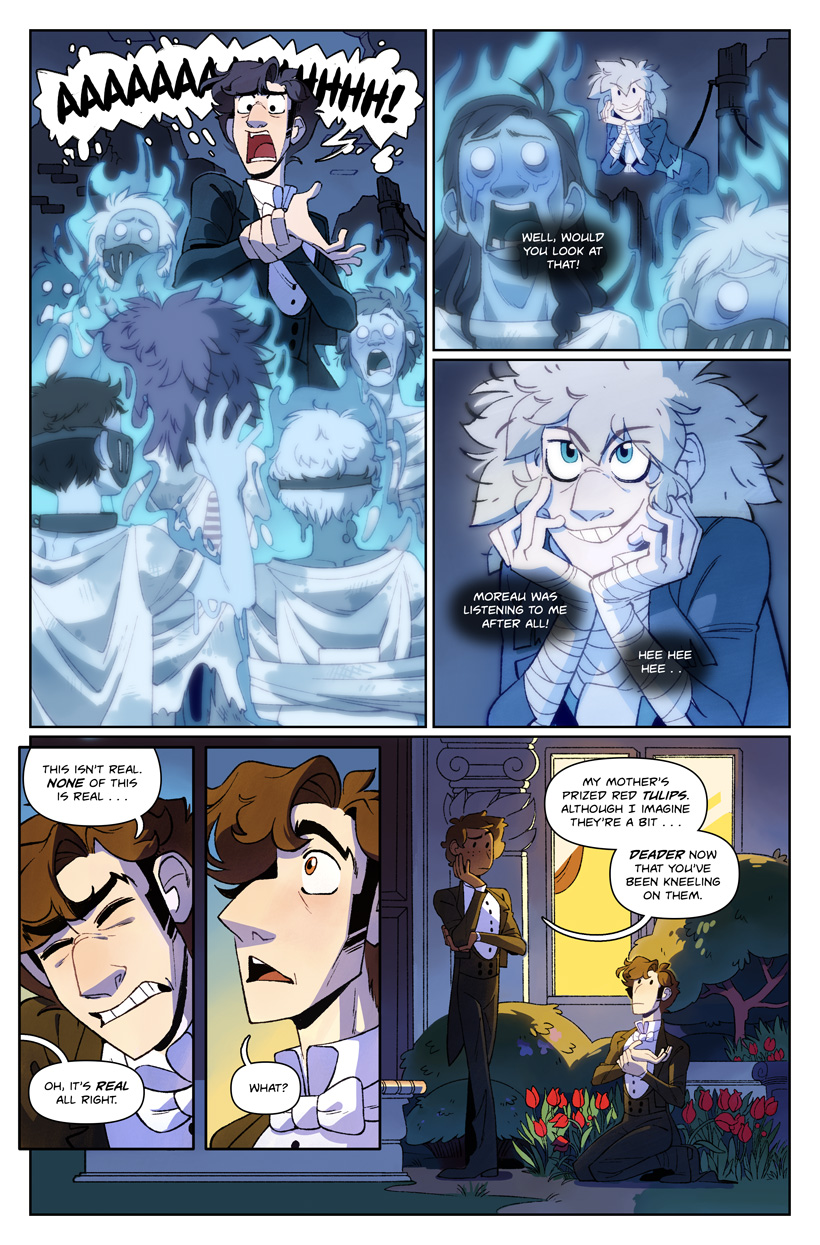 This may be severely bending the suspension of disbelief, but I don't think Jekyll is actually screaming at the top of his lungs as depicted in the first panel. At this point, he is so fully immersed in the waking nightmare that his own self-perception is no longer accurate. It's like when you're having a dream where you're running, but your actual body is just twitching and flailing randomly. In reality, Jekyll probably wobbled outside, flopped down onto the flower bed, and stared into the middle distance while making this sound.

(This also applies retroactively to his big scream at the end of chapter seven.)