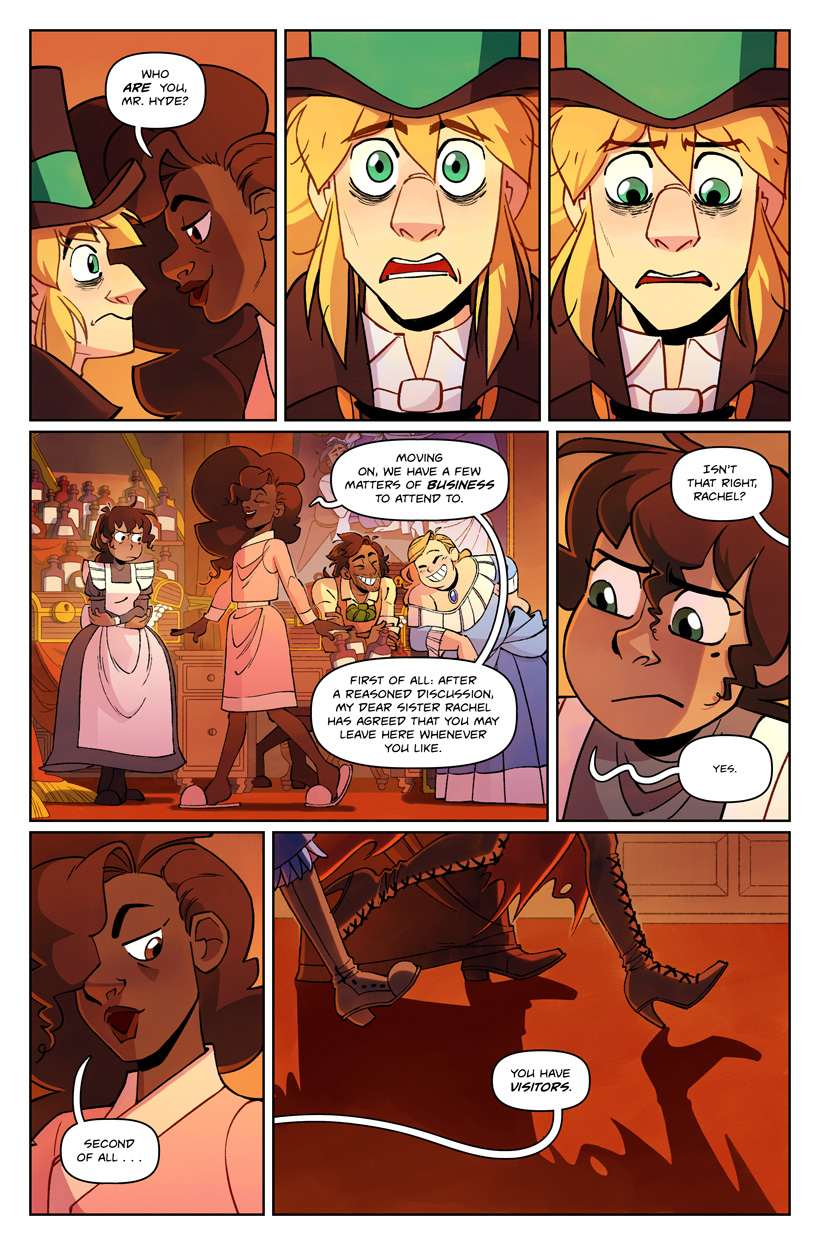 Hello!! I would like to point you to this comic's new Cast Page! This should have been up years ago, and even when I got around to it I kept getting tripped up over it. First I struggled to describe the characters without explicit spoilers, and then I struggled to format the page. But after hours of wrestling with the CSS on Friday, I finally managed to vertically center the text for each character description (at least, in desktop mode) and I feel!! accomplished because of that!! (Why yes I have been having a lot of trouble sleeping lately, why do you ask?)

I saw a lot of interesting discussion about Lucy's takedown in the comments the past couple weeks! There's several ways you can read it given that Lucy doesn't know Hyde all that well (nor does she care to) and Hyde's impression of Lucy is mostly parasocial idol worship. Lucy couldn't know for sure that her words would hit home so perfectly, but it was a reasonable guess--her assumptions about Hyde are based on observations of similar young men during her childhood, as well as many of the people she encountered during her early career, and she's had a lot of time to figure out what makes them tick.