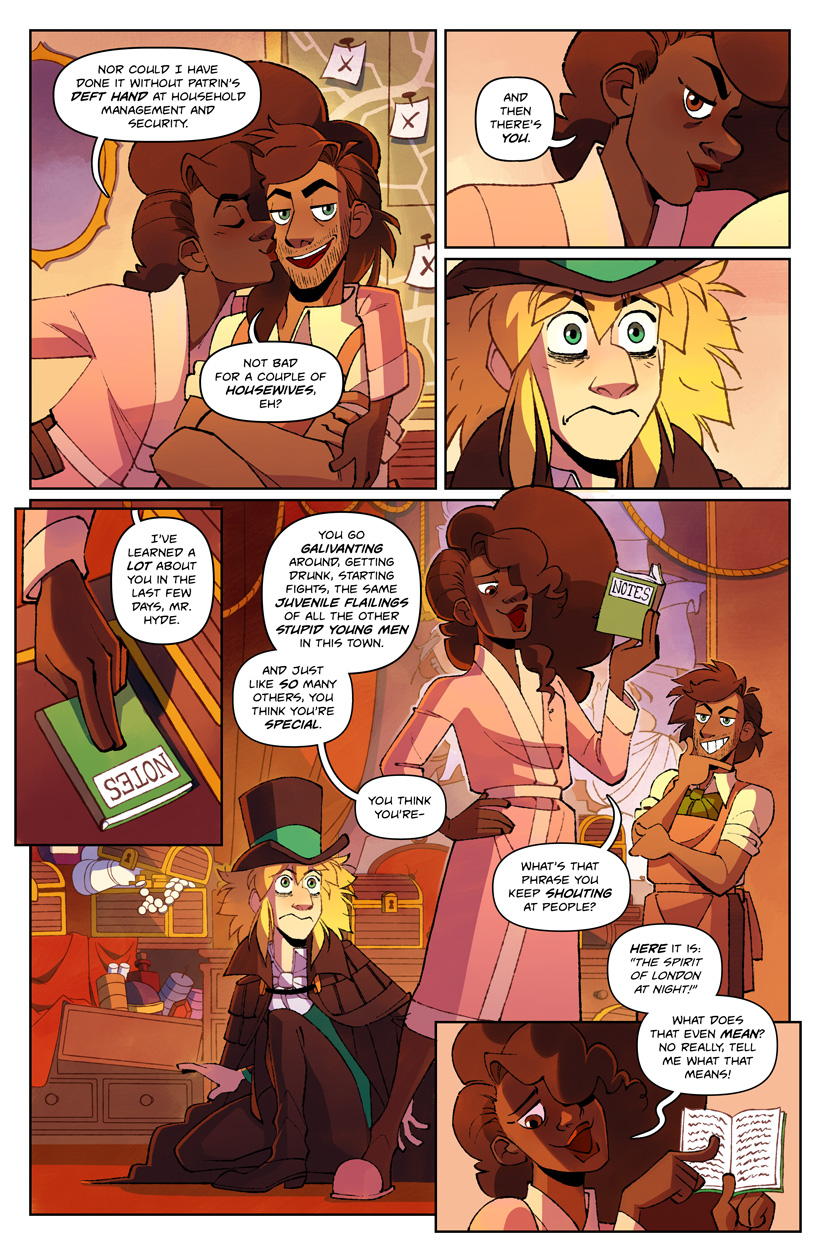 Several people have pointed out that Lucy's evisceration of Hyde echoes Frankenstein's evisceration of Jekyll in Chapter 6. To that I say: A) yep, I see it and B) would you believe that I did not see this at all when I was writing this scene? I suspect I just have a very strong inner critic that periodically seeps into my writing. The purest form of this is fake!Lanyon, a flawless, grinning specter who delights in enumerating every one of your shortcomings in excruciating detail.

Side note: There tends to be a campiness to these characters. I think making them a little over-the-top adds a bit of levity to what would otherwise be a super depressing naval gazing screed.