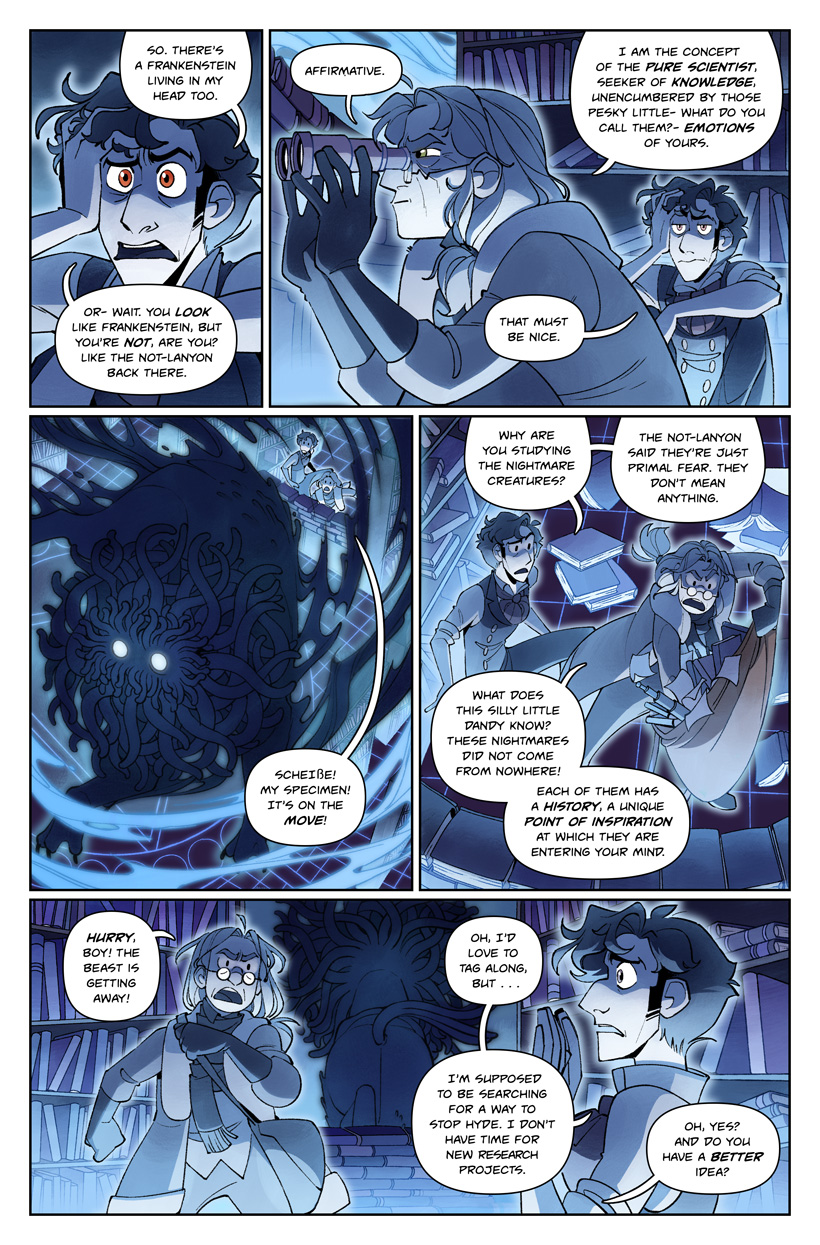 There is a fake!Jasper living in Jekyll's head somewhere, but I haven't decided if we're going to meet him in the story or not. He probably won't be as nice as you think he'll be.

Fake!Frankenstein is not better or worse than fake!Lanyon. Both represent different identities, different ways of thinking. I don't think I have to explain how fake!Frankenstein's attitude could be toxic for Jekyll, but in this case, she's the only braincell left in his head that isn't terrified of the nightmare creatures.