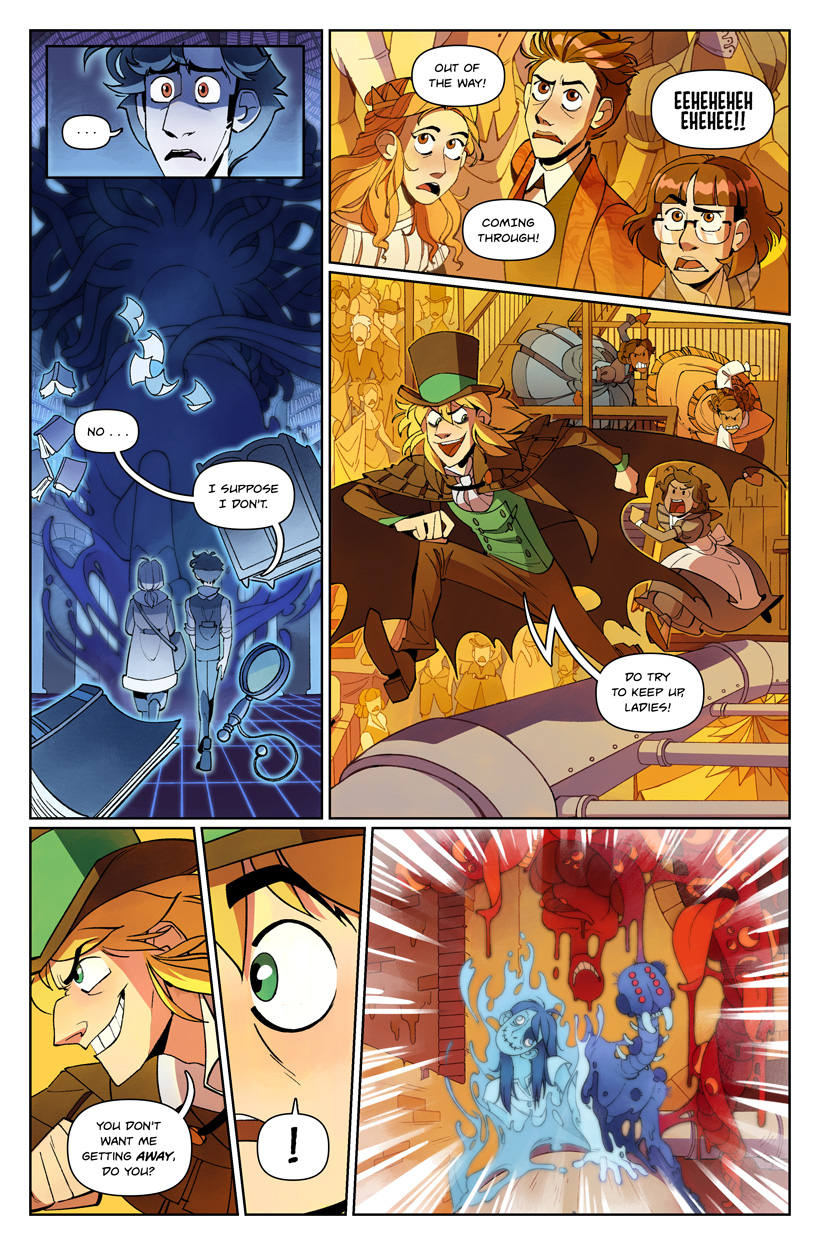 I probably mentioned this a few weeks ago, but time has no meaning anymore, so I'll say it again: Transition pages are exhausting!! They're usually some of the least consequential pages in a chapter, but they often take the MOST time because--especially in this case--you have to create two different locations with two totally different sets of challenges (the weird lighting/glowing things/floating objects/blueness of the Hall of Memories vs. the massive crowds/multiple characters/nightmare creatures/action poses of Blackfog). Plus, because you're generally transitioning from a visually impactful final shot of a scene into a visually dense opening shot (visually dense because you have to re-orient the audience to the space/characters/action), it's often some of the most complex panels of the entire chapter. And for so little emotional payoff!