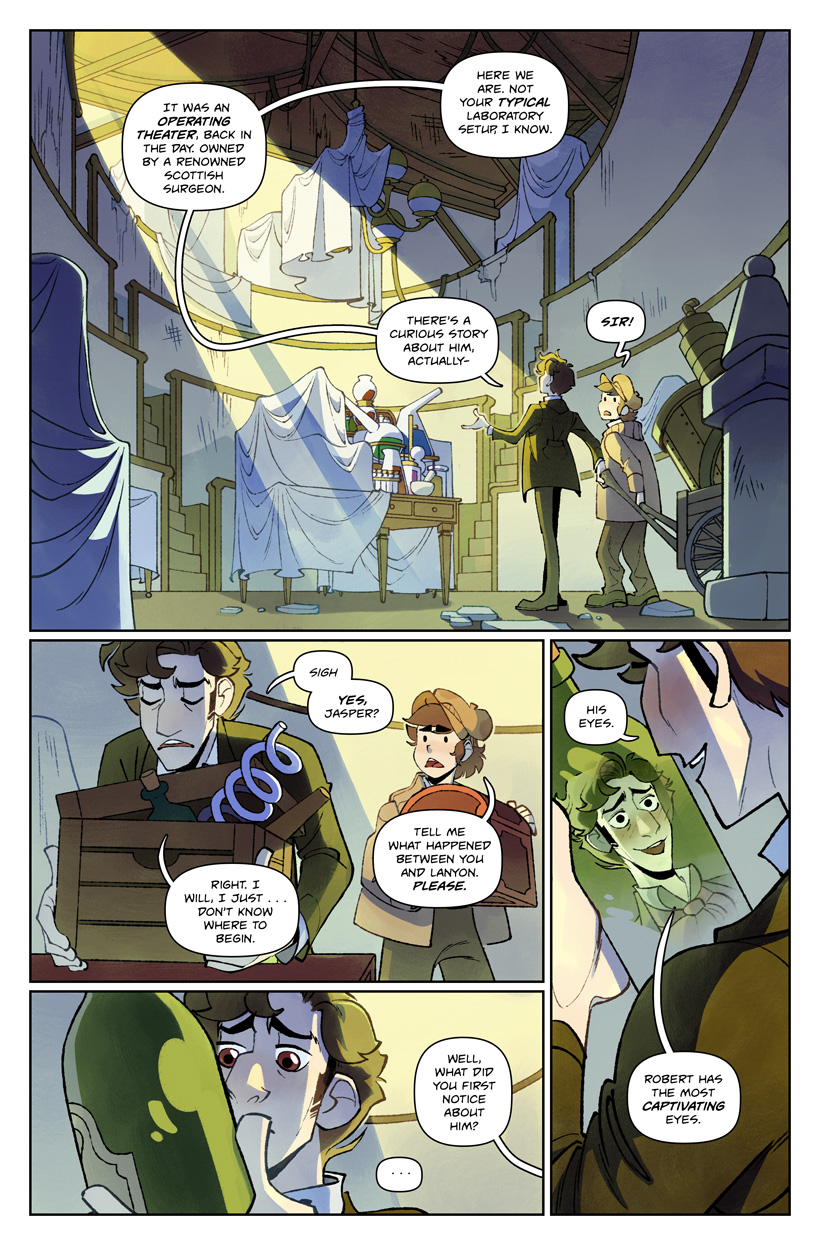 In Strange Case, Dr. Jekyll's house may have been inspired by the house of 18th century surgeon John Hunter. Hunter's house was essentially two houses stuck together: your typical respectable gentleman's house in the front, a lecture hall and scientific curiosity collection in the back. Like many natural philosophers of the time, Hunter relied on bodysnatchers to deliver a steady stream of cadavers for him to dissect. Those deliveries would have arrived via the second house's back door, which I imagine looked not unlike the laboratory back door that Hyde disappears into early on in his story.

I was also drawing inspiration from the Old Operating Theatre museum in London, which is exactly what it sounds like. I love operating theaters--they're so morbid and voyeuristic--but I was definitely not looking forward to the circular room layout they demand.  We had a tall circular room in an Owl House episode I directed that the art team hastily redesigned as an octagonal room halfway through boarding. I'm assuming that's because circle rooms are hard to draw (though I never got confirmation on that).