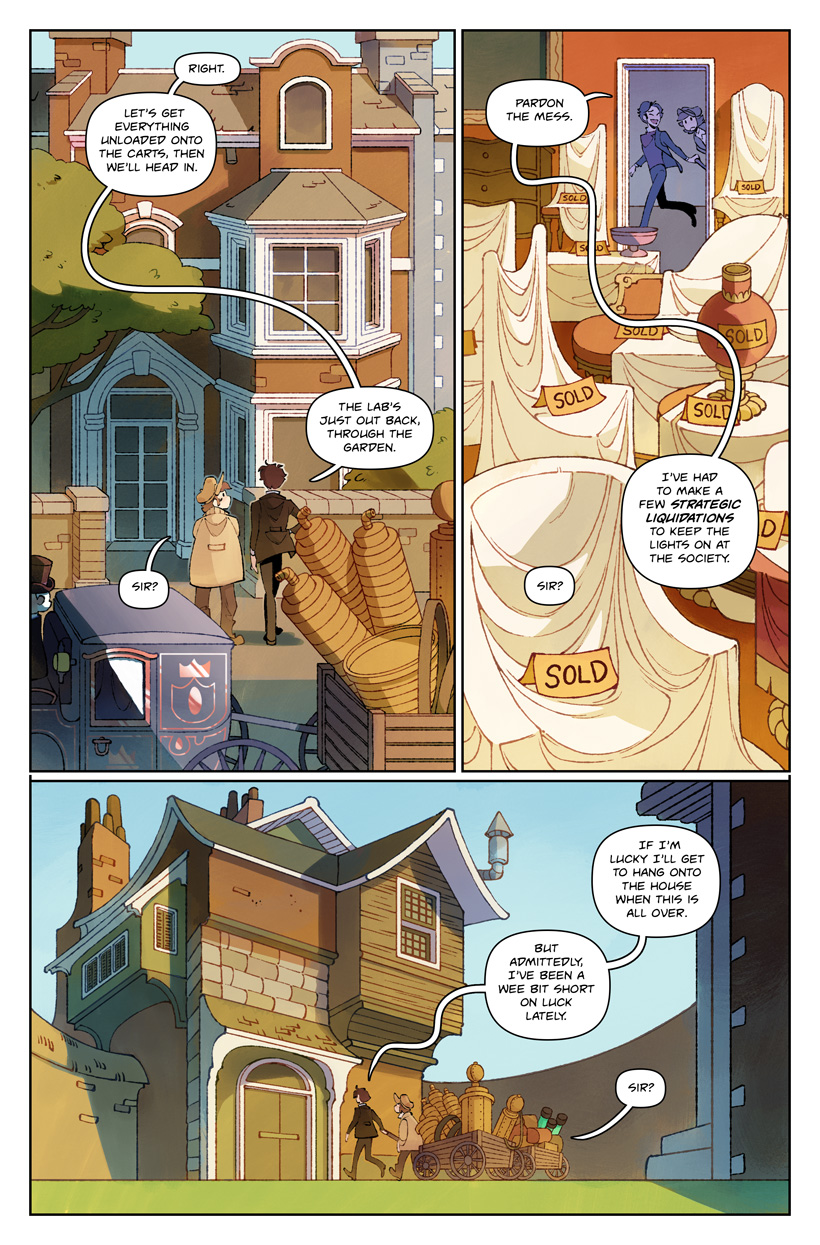 I christen this page, "Oops! All backgrounds!" Two things:

One, Jekyll's house is an odd legacy of the source material. In Strange Case, Jekyll is implied to be . . . upper middle class? Upper class? Wherever he is, money is not an issue for him. Money is obviously a major issue for the Jekyll of this universe, but I still wanted him to have the classic Dr. Jekyll house set-up--respectable little house in the front, weirdo laboratory in the back. I settled on this idea: Jekyll saved up enough money in his early medical career to buy this house for himself, but in order to keep the Society afloat, he's been quietly selling off everything he has. If the Society goes under, he'd be out on the streets right along with everyone else. He hasn't told the Lodgers he's doing this because he didn't want to make them feel guilty, which has only widened the cavernous communication gap between them.

Two, I'm coming into this post with a lot of Feelings from recent events that are relevant to this chapter as a whole, so it's ironic that this week's page comes with very little Feelings content. I will say, however, that Jasper's little campaign to continue the Very Important Conversation despite Jekyll's determination to change the subject is very much a Me thing. When an emotional issue comes up, I need to talk through every aspect of it, no matter how obvious or unnecessary it might seem to others, and it really stresses me out when people clock out early.