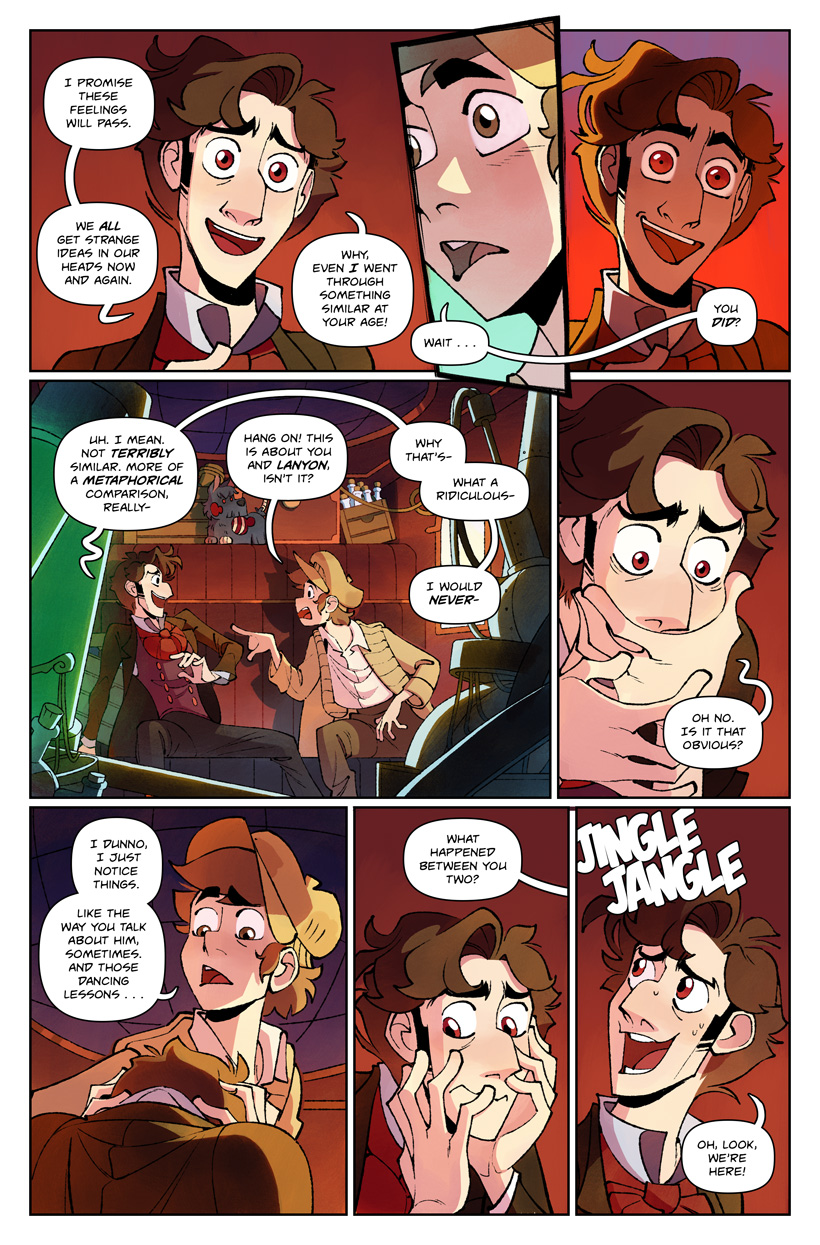 Threading the needle here: When Jekyll talks about going through "something similar," he means a romantic experience that falls outside what society deems "normal," not the specific experience of being a transmasculine person pursuing a relationship with a cis person. I believe some readers have trans headcanons for Jekyll, which is neat! Feel free to interpret him as such if you like! If I were to go back and write the story from scratch, I would probably make him canonically trans (given the whole "turns out I'm trans, too" thing), but since I'm already six years in, that's realistically not gonna happen. Sad.

Also, responding to some discussion in the comments last week (cw: transphobia): Jekyll does not believe that Rachel was lying to Jasper because she's a bad person. What he does believe is arguably worse. Jekyll assumes that no one would willingly date a trans person (or a queer person, or a gay person, or insert-any-deviation-from-the-norm-here), and that anyone who claims otherwise must be lying to spare the recipient's feelings. The polite thing, in Jekyll's view, would be to take the hint and quietly back off, so that Rachel would be spared the unpleasant burden of having to actually turn Jasper down. It is terribly rude, selfish even, to bother the cishets with your troublesome and probably hysterical feelings. (Now, we don't have time to unpack all that . . . )