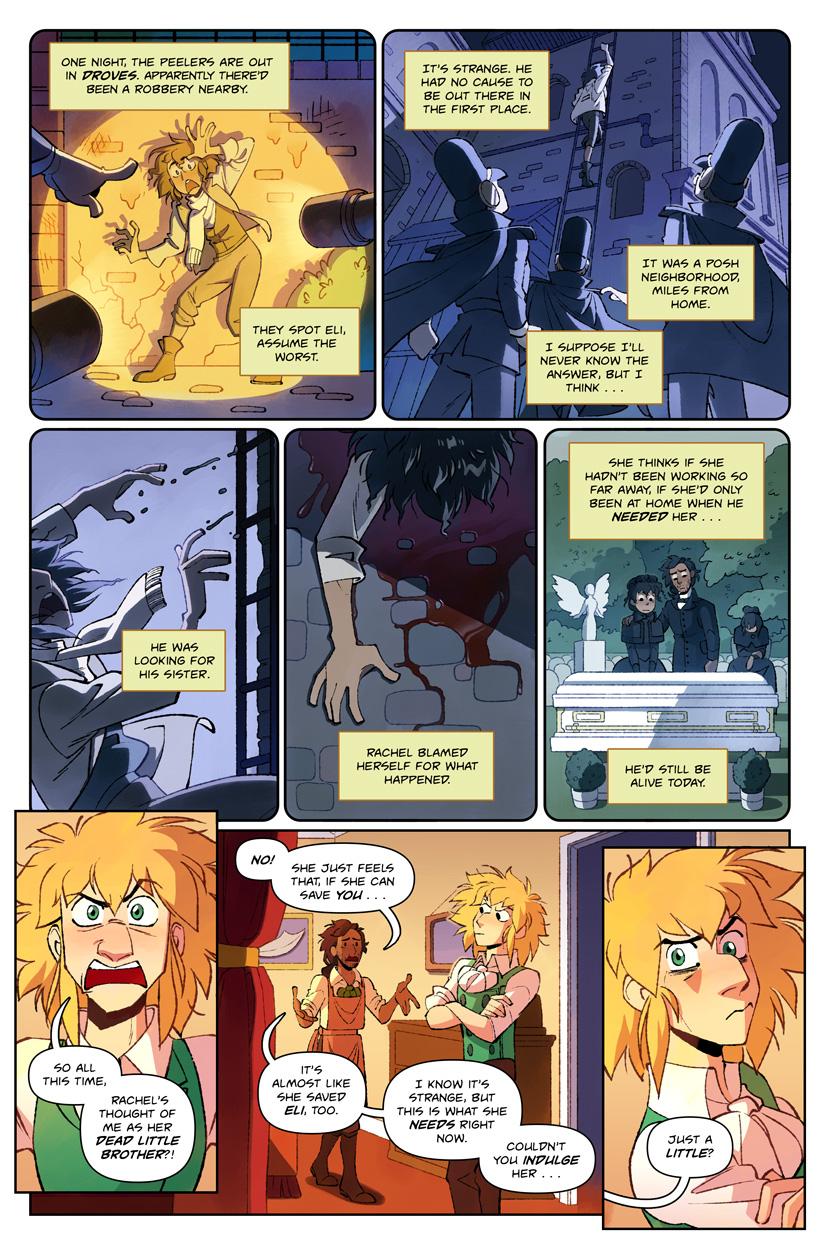 My guest assistant for this page was Lucy Xue!

So, I think I made a mistake. Hyde’s resemblance to Eli is intended to be just that--a passing resemblance--more of a “Rachel was in a bad place and decided to project onto the first fluffy-haired, wild-eyed boy she met” than a “Jekyll must have met Eli at some point and subconsciously molded Hyde after him” situation. And they’re not IDENTICAL, per se—notably in the hair/skin color department. But it is very clear from reader response last week that I messed up somewhere along the way.This may be something I go back and fix at some point.

Functionally, I think the overall story beat still works—the point here is that Rachel’s controlling, overprotective behavior stems from her unprocessed grief over her brother’s death. The main thing that reminds her of her brother is Hyde's reckless behavior, not his physical appearance. For the sake of clarity, it would probably be better to rewrite it without the physical resemblance at all. Not sure when I’ll have time to do that—my signature catch phrase, I know—but I’m really sorry for the confusion. I promise I didn’t try to tease a big exciting theory only to dash your hopes, I really didn’t see this one coming.