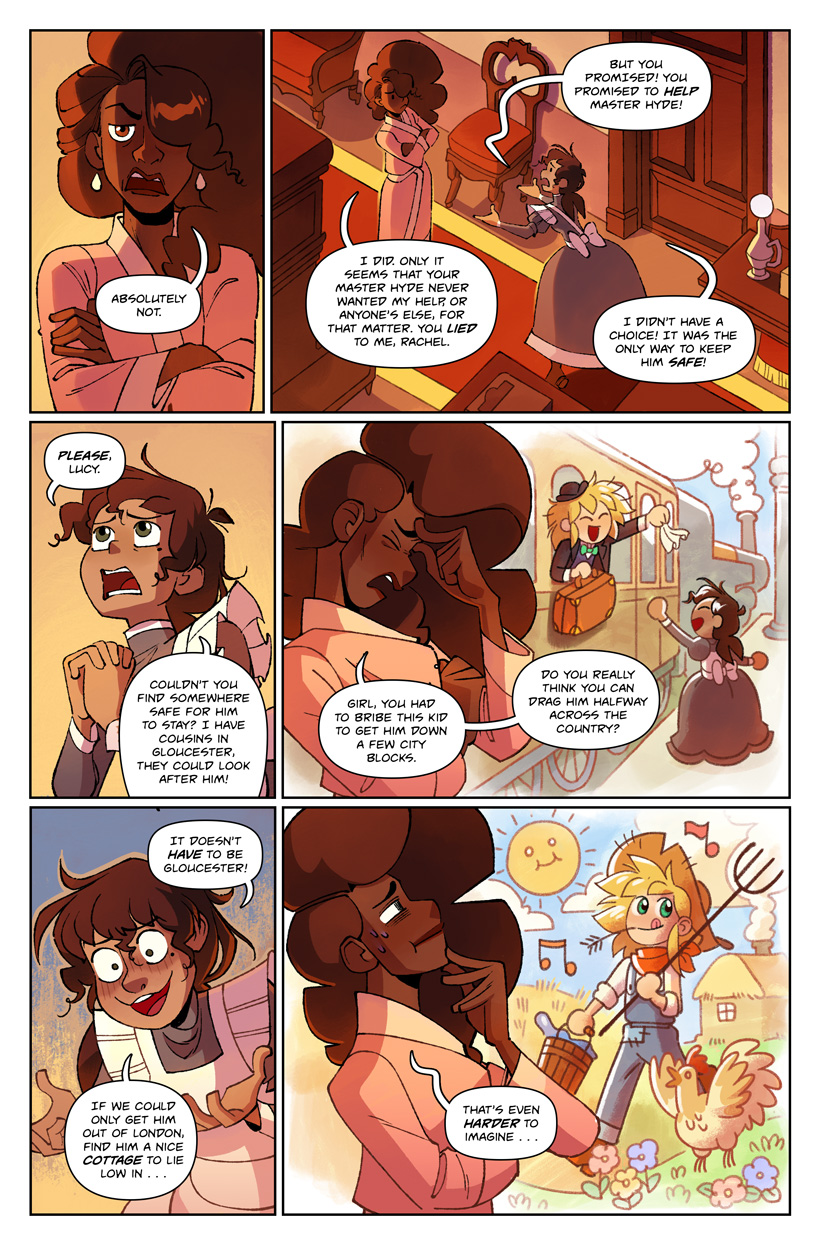 Thank you guys so much for your feedback on last week's blog post! I seriously feel like I learned so much from your comments, and I was impressed by how many people offered simple, concrete solutions that would be easier to implement than the one I came up with. It was also helpful to get some perspective on the fan theories from the previous week. As a creator, when you see several people theorizing about the same thing, it's easy to jump to conclusions--that people are only creating those theories because you've made a huge error in your writing, that the theorizers represent a large majority of the readership, that everyone who has those theories would be deeply disappointed if they don't become canon. Getting glimpses of big fandom drama over the years has led me to be quite jumpy with reader responses, and it was really educational to see things from a different angle.

In unrelated news, a couple months ago I wrote a sample script for myself telling an AU version of how Lucy and Elsie met. In this story, I got the opportunity to feature some of the individual Elephants a bit more closely. The thief on the left of Panel 7 is one of those Elephants--her name is Lottie, and she is A) extremely stronk and B) super chill about everything.  I ship her with the version of Virginia Ito who shows up in the script. It's not really canon, but I might post it at some point, if people are interested. (Also, in this version, Lucy and the Elephants are sky pirates because it's supposed to be a YA action/adventure script.)