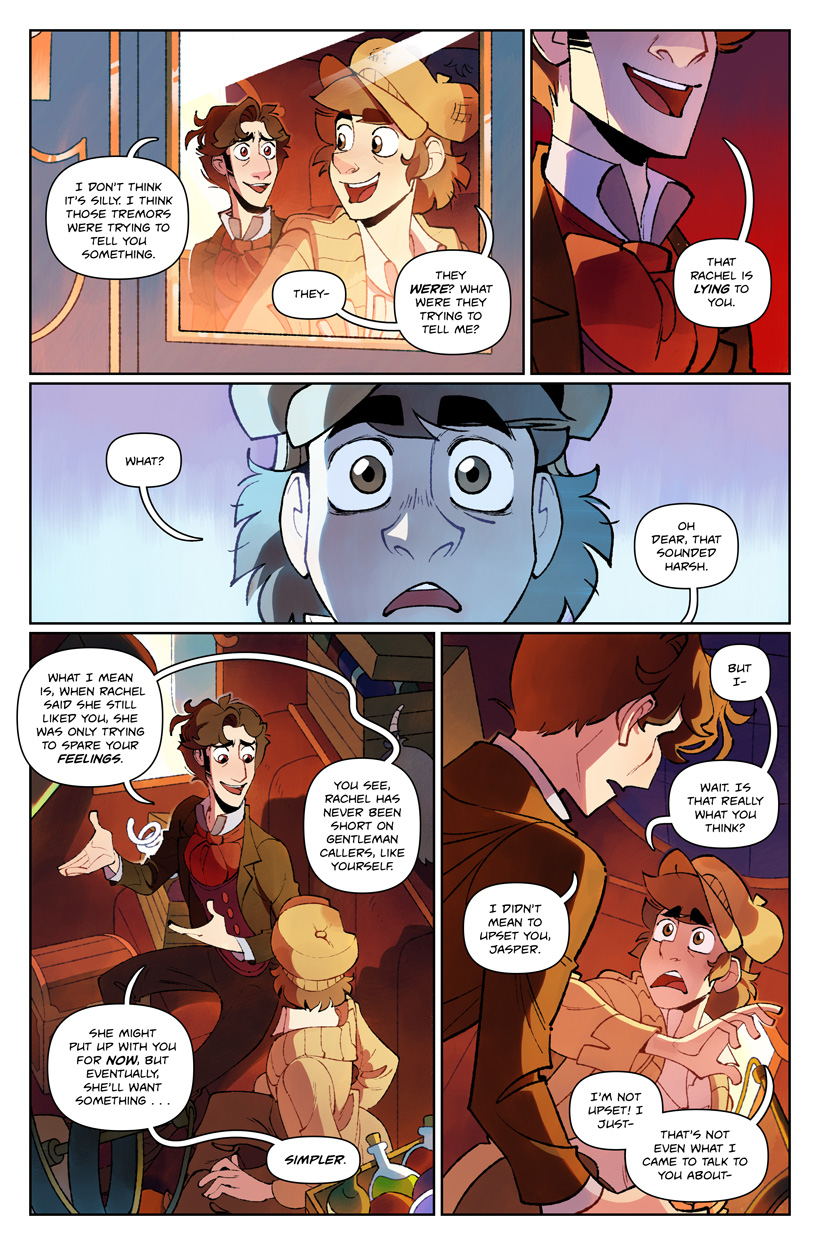 These next few pages are hitting a very thorny part of the story. I tried to thread the needle here, but just to be clear, Jekyll does accept that Jasper is a man, but he still believes on some deeper level that any relationship that falls outside of heteronormativity--that is not "Normal"--is ultimately doomed to fail. He certainly received that message from society at large, but there's also a very personal reason why he believes this, which we will be getting into later in this chapter.

For now, this is a gut punch to Jasper. If you're the sort of person who naturally collects mentor figures, who finds relief in putting your entire trust in benevolent authority figures, it can be a shock when you suddenly encounter a massive blind spot in their thinking. The worst part is that Jekyll genuinely wants to help Jasper--personally, I can roll my eyes at insults from obvious transphobes online (it helps that most don't know enough about gender to properly insult me), but well-meaning comments from friends can haunt me for years. I absolutely grew up with Jekyll's beliefs about trans relationships, but it was never stated from a place of open hatred or disgust--it was from a place of pity, which in some ways made it worse. Or, at least, harder to unpack.

I actively do not want to turn this painful subject into a cliffhanger, but this is another space where the weekly update schedule works against me. For anyone stressed out by this scene, I will offer a small spoiler: Jasper is reeling right now, but he won't be on the defense for long.