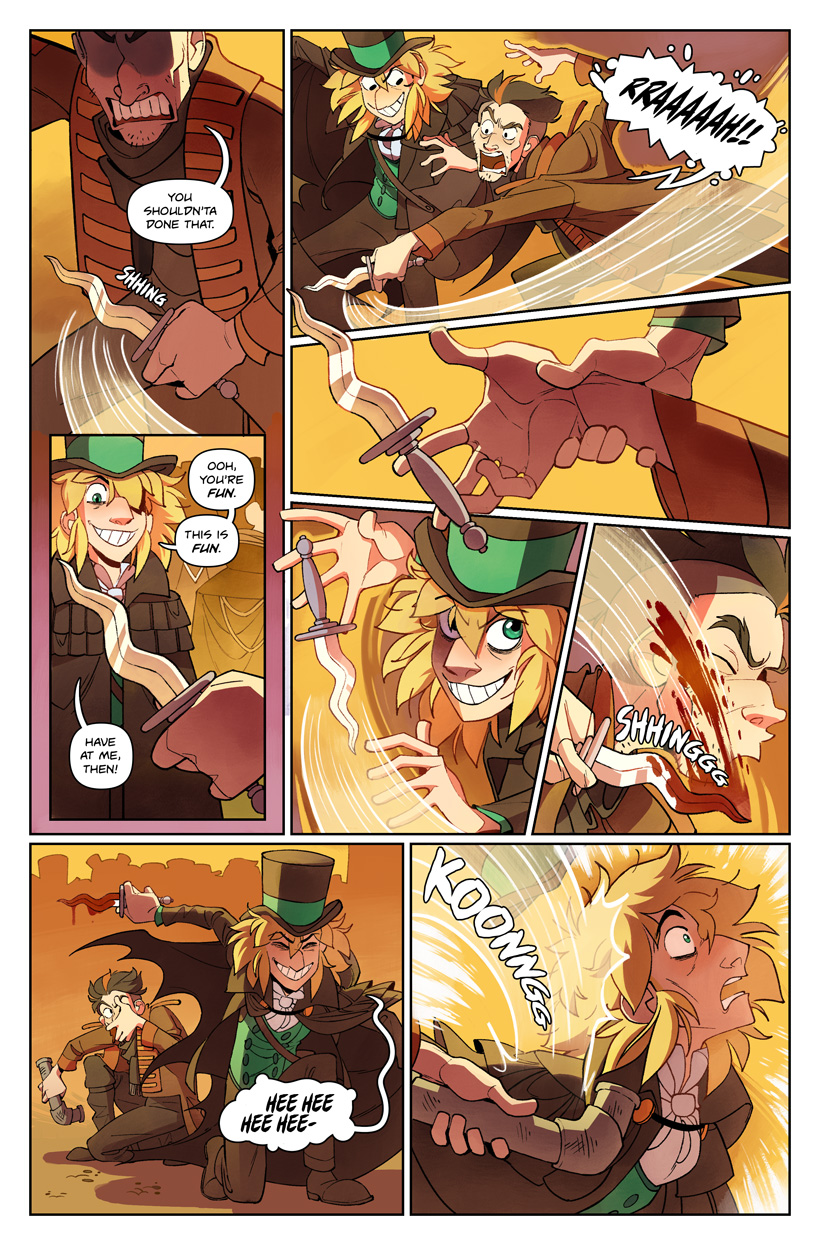 I'm just gonna go on the record saying that I had a really hard time drawing Hyde's eyes in panel 5?? So if they're weird I'm sorry, but I had to move on lol

Wow! I can't believe it's still quarantine! Anyway, here's what I think the TGS cast would be doing if they also had to go into quarantine:

Jekyll: About to go supernova at any second because the Exhibition was cancelled and OMFG the rent??? On the Society's headquarters?? Is still due??? Suddenly the nightmare creatures are the least of his worries.

Lanyon: Schemed to get himself quarantined with Jekyll but the joke's on him because he also got quarantined with 20+ annoying, rowdy Lodgers. Now has to share a bathroom with them, HATES it.

Rachel: Has amasses a small army of delivery people (whom she tips generously) to handle the enormous volume of groceries required to feed the army of mad scientists.

Jasper: Very worried about money and distracting himself by helping Rachel disinfect ALL THE THINGS. Is trying to make a mask that will fit around his wolf snout. Will not succeed.

Frankenstein: DOES NOT CARE ABOUT QUARANTINE. HAS LITTLE REGARD FOR HER LIFE OR OTHERS. KEEPS TRYING TO ESCAPE BUT SHE'S CHAINED TO THE BED.

Creature: Annoyed. Too many people. Too loud. Bad.

The Lodgers: Would totally help Jekyll fight eviction and start a rent strike if he would just ask for their help for once instead of trying to do everything himself. Since Jekyll will never do that, they're playing a LOT of card games and occasionally blowing stuff up for fun.

Hyde: Unfortunately no force on heaven or earth could prevent Hyde from going out and he would definitely become the Typhoid Mary of this epidemic.