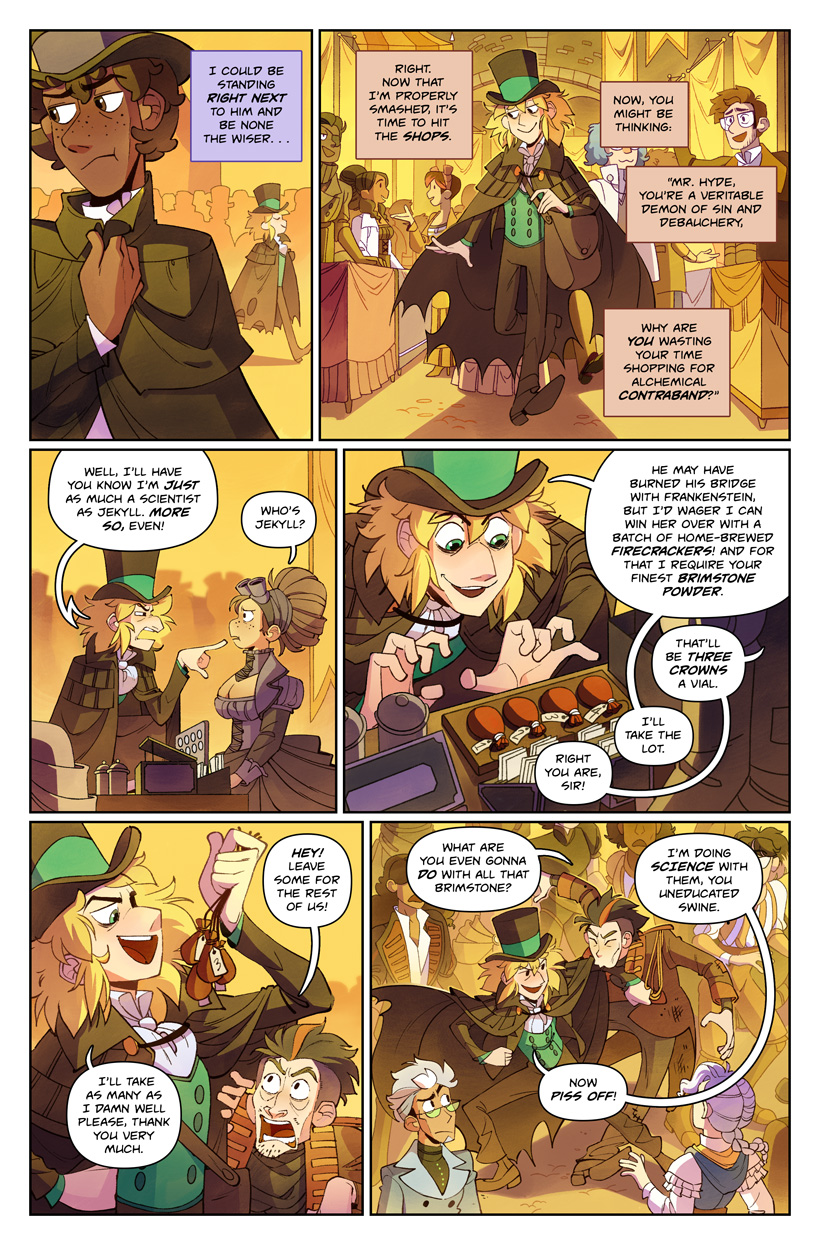 Oh shoot! This is the page where the cameos start happening! UM . . .

So this first page was a bit of trial and error. I intended to put a bunch of people in the bottom panel but, as you can see, a lot of them got covered up with word panels so I'm not really counting them. At the top we have @StrawHatPirate9, @emotionalkale, and @bonesmakenoise's character Ben*. In the final panel we have @RadJinja's own Dr. Jekyll incarnation and um, two of @kirkdupe's characters but they're both cut off or turned around! I'll try and fit them in better later!

Just as an aside, the reader response on this matter was really great and overwhelming! Unfortunately I won't be able to fit the majority of readers in, but I'll try and add in as many as I can! (A major limitation is that inevitably, the majority of BG characters will either be cut off or turned around--it looks weird for every person in a crowd to be facing toward camera in this context.)

*Fun fact: Ben was Jekyll's boyfriend in a roleplay back in the day