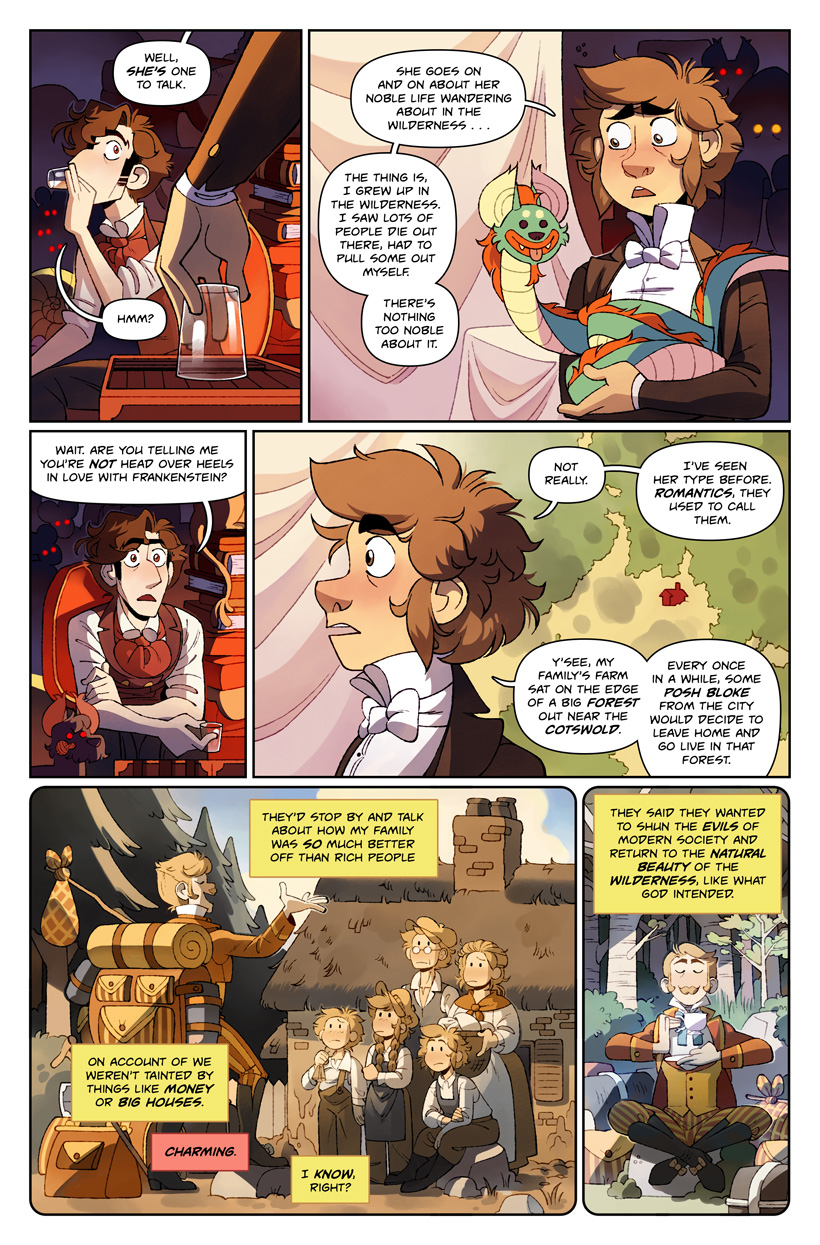 This is almost certainly an unfair takedown of Romanticism, or minimalism, or zero-waste, or any permutation of “shun materialism, go out and live among nature as God intended.” The Romantics weren’t wrong when they criticized industrialism, and nature is definitely Very Good and we should be doing more to appreciate and protect it. But Jasper is picking up on the performance of Romanticism, and the weird idea of rich people trading in the aesthetics of poverty, so you can’t really blame him for missing the nuances of their philosophy.

I’m mostly recovered now from the flu + antibiotics fun bash last week, with the notable exception that I’m still dealing with some absolutely debilitating fatigue. I’m not normally someone who can sleep anywhere but on my bed, in a very specific position with a very specific temperature range, but I ended up dozing off on uncomfortable couches twice this week and getting up the energy even to finish this week’s page took an enormous amount of time and effort. Historically, this sort of fatigue should pass on its own, but it’s hard not to panic thinking that this time, maybe it won’t, and this is just the new normal because I fucked up my gut biome with antibiotics or just flipped the wrong mental switch or something. And that would be bad.

Edit: I don’t have the bandwidth to get into a debate over this, but just so you know, Jasper is not talking about so-called “Social Justice Warriors”s here. Jasper came from poverty; he would very much be in favor of social justice and social reform in general. Please take your “anti-SJW” discourse elsewhere, and do not use this comic to defend your views. I do not support y’all.