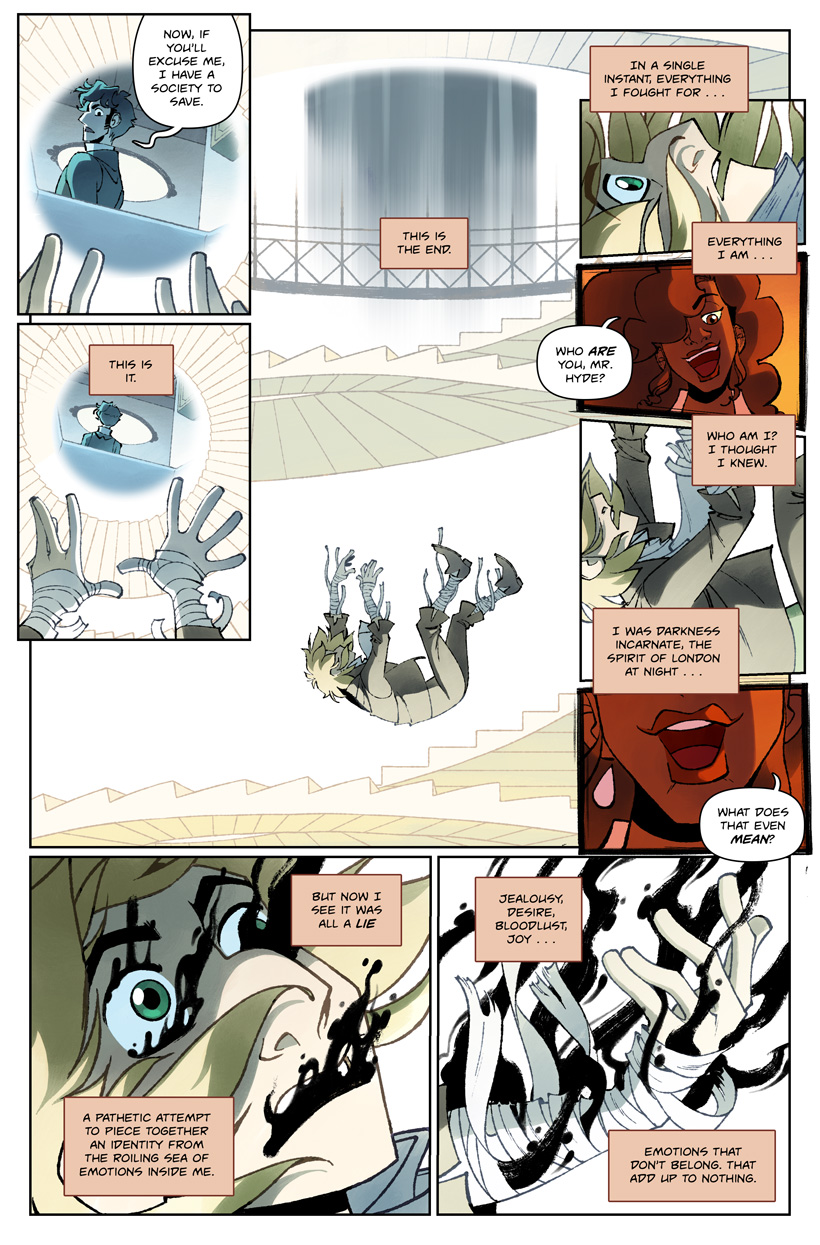 The discussion in the comments over the last few weeks has been fantastic! I would have jumped into the discussion myself if I were not currently buried under my workload, but I wanted to comment quickly on a couple things:

Some people have noted that Everly doesn’t fall into the trope of “the other woman” coming in between the main gay ship. This was very much intentional! My baseline knowledge of tropes unfortunately comes from, um, mid-2000s Yu-Gi-Oh! fanfiction (highly problematic), and I remember running into a lot of villainized, mean iterations of the few female characters from the show. Not only was it overtly sexist, it was also just boring to read. I don’t like reading or writing one-note villains—IMO, if you don’t care about a character enough to give them at least a little nuance (or a loooooot of entertainment value), then you shouldn’t be writing them in the first place.

(Also in case it’s not clear, Everly is not a villain, nuanced or not)

Second thing I wanted to comment on: Jekyll dumping all those chemicals down the sewers?!?! Okay, this is the sort of thing I wanted to research properly before running out of time, BUT: Keep in mind that A) this story takes place in 1885, a time when washing your hands before performing literal surgery was still a fairly new practice and B) the Thames was uuuuuuuuuh disgusting?? This was a few years past “The Great Stink” but I’m still guessing you wouldn’t want anyone drinking from that river. So for the time, I don’t think he was being uniquely reckless.

Also since a few people brought it up—the transformation potion is not active until you add the “salt” mentioned in the novella, which turns it green. You can see Jekyll dropping the salt in when he transforms in Chapter 3!