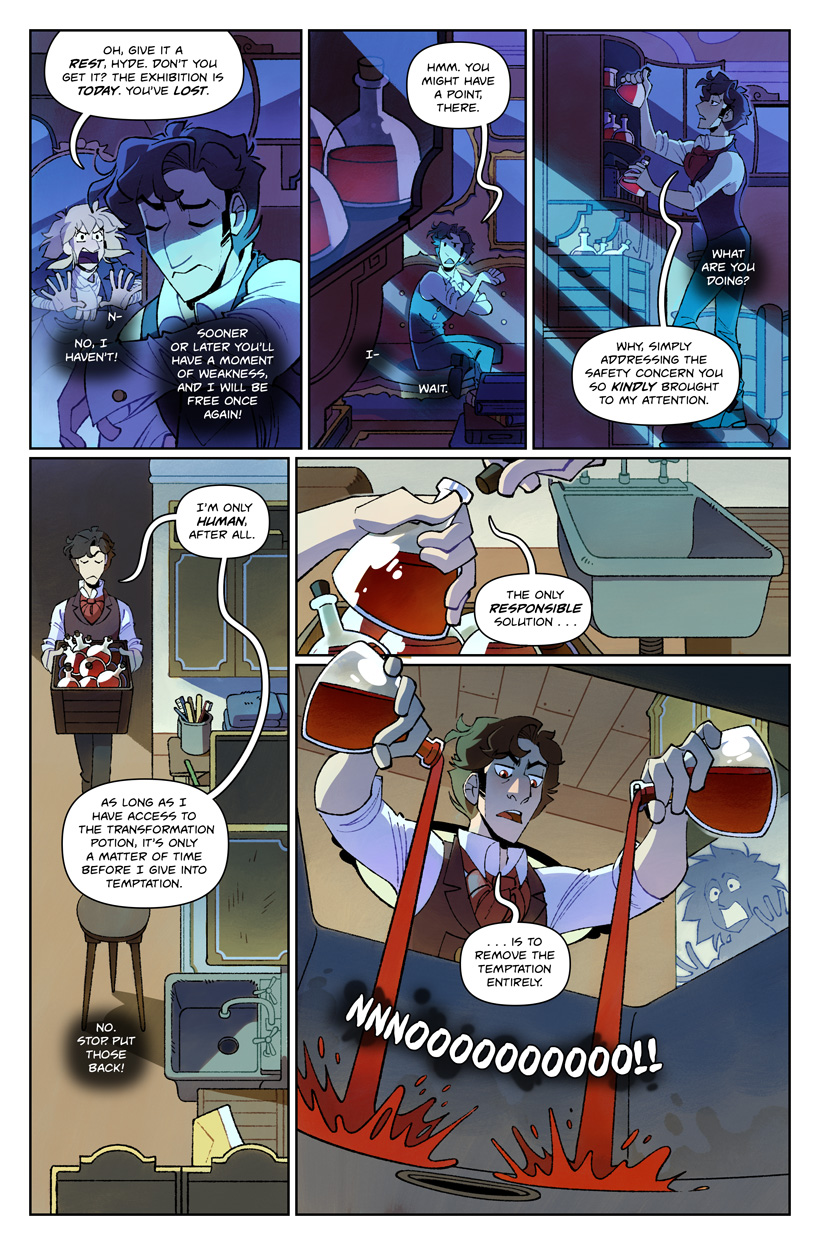 Delightfully, it appears a reader has ignored my plea to never perform the piece of "music" Everly "wrote" from a few pages ago. This is their performance. It actually doesn't sound as horrifying as I feared it would? It's not exactly an earworm, but perhaps, as Everly claims, it will be in a few drafts. (Thank you, @pardonthefangirl!)

A long time ago, I read a Jekyll and Hyde (the musical) fanfiction told primarily from Jekyll's POV but featuring a few chapters from Hyde's. The author wrote a note explaining that they hated writing from Hyde's perspective, that they didn't like occupying the headspace of someone so, well, evil.

I also have a hard time writing Hyde, but not because of any moral objection--he's just horribly repetitive, in the way that intrusive thoughts are repetitive. His words have an urgency and provocativeness that say, "This is such important, juicy dialogue--you can't possibly cut this!" only for me to remember weeks later that I wrote almost the exact same taunting monologue in Chapter 9. Needless to say, Hyde's little exchange with Jekyll at the top of this page used to be like, three times longer.