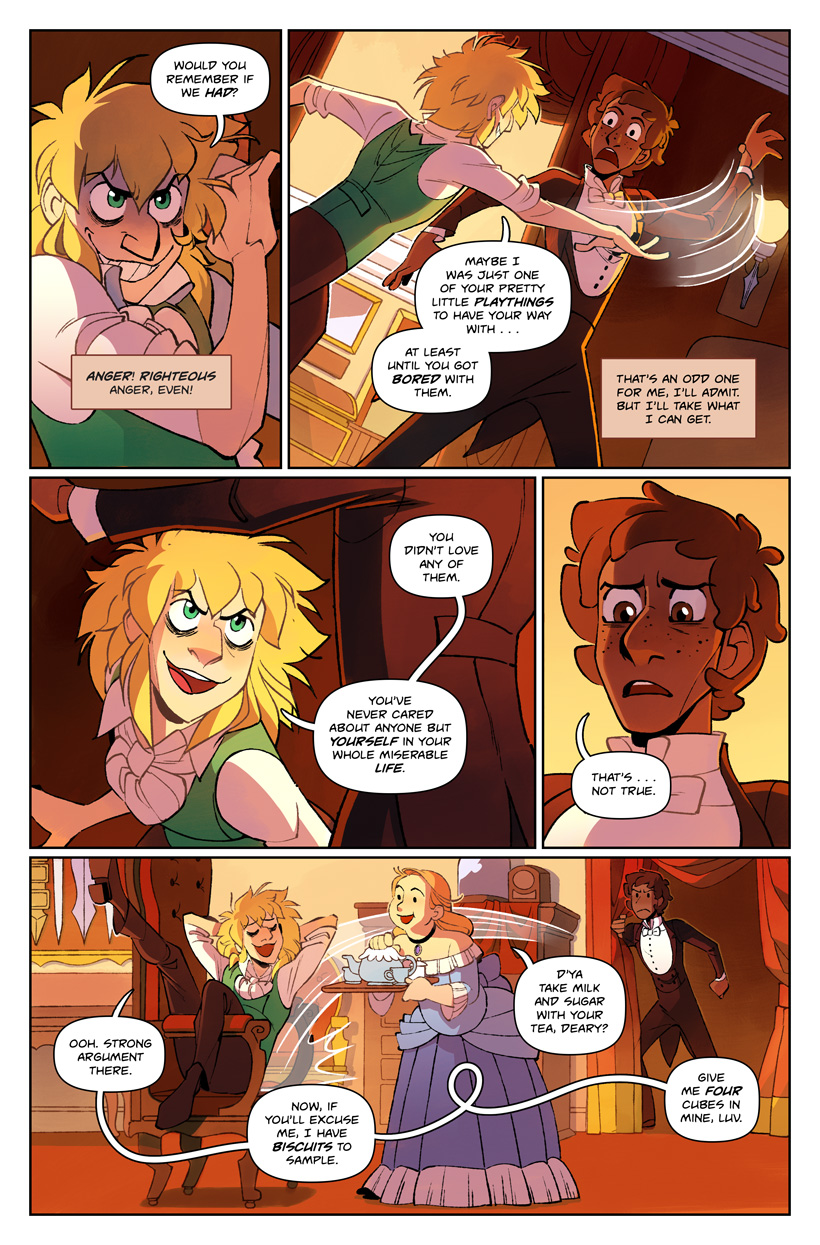 Yes, there is something that Hyde knows that he isn't telling us. If he thought about that something for more than two seconds, he might get some valuable insight into his lingering anger issues with Lanyon, but he's already forgotten about it by panel 5.

Also *groans* I am aware of the wonky hand positions in these last two pages. I meant to go back and fix page 9 this week, but an emergency assignment hit me last Tuesday, and I've had to put everything else on pause while I deal with it (in fact I have to go back to it right after finishing this post). I thought I would at least have time to fix everything on this page until a few minutes ago, when I looked at panel 2 and thought, "I sure am glad there's nothing wrong with this panel! Even though I have such a hard time telling right from left, I put in the work and made sure there were no problems at all with this panel! Good job, me!" And then. Well.

I don't know what it is with me and visual continuity errors (in comics, anyway--I seem to do better in animation, even though its continuity rules are much stricter). I'm sure it looks like laziness, but I swear it's not. There are some things I can carefully look over at least a dozen times before a lightbulb randomly goes on and I notice a painfully embarrassing error. This particular error would require a full redraw of Lanyon in a somewhat tricky pose, and I don't know when I'll have time to fix it. Unfortunately, there are more time-sensitive errors to fix.