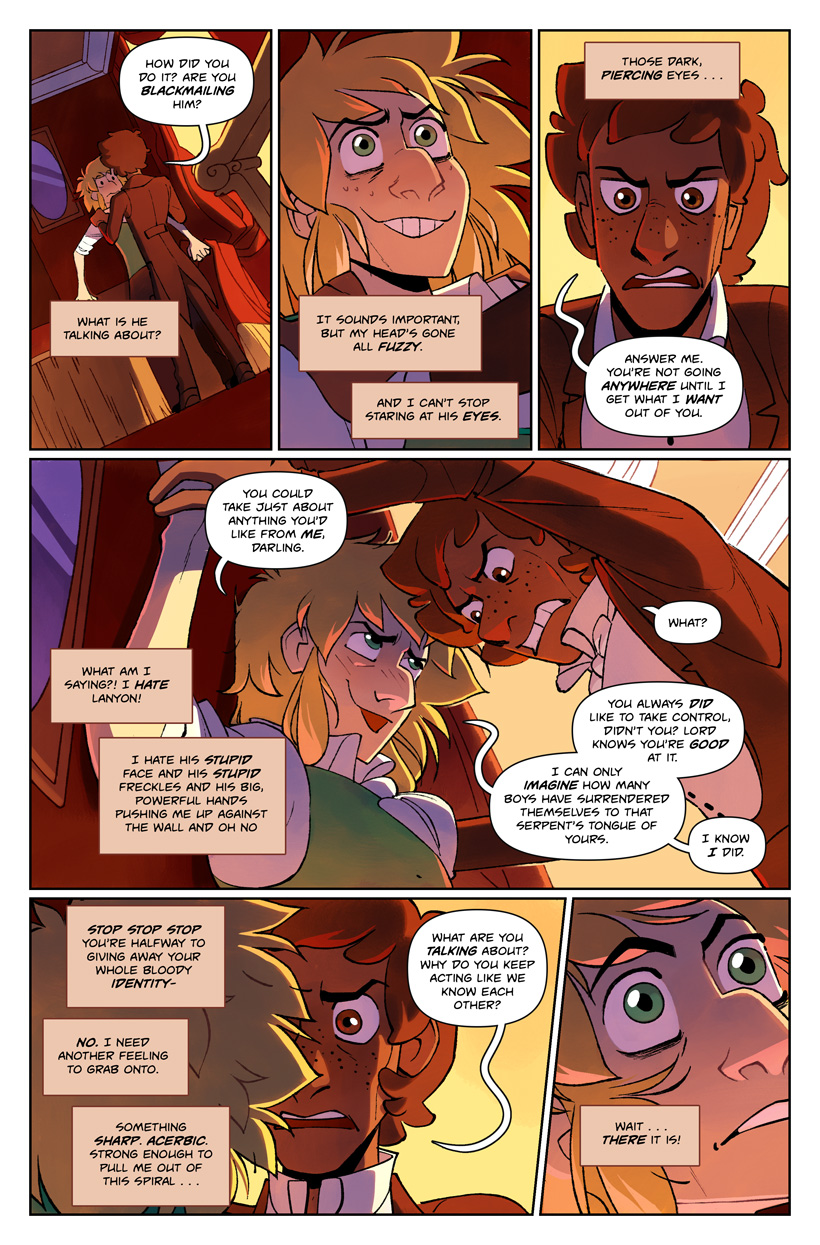 The episode of A Jaunty Haunt where I talk about Jekyll and Hyde adaptations is now online! I meant to listen to it first thing in case I wanted to preemptively apologize for anything stupid I said, but I have since been gripped by an Adam Driver-esque aversion to listening to it at all. So: I hope I don't sound stupid, but I may never know for sure! I probably made fun of the Jekyll and Hyde musical at some point, so please let me assure you that I love this musical to death even though I make fun of it incessantly. And apparently cannot quote it properly under pressure.

Yes, I did take reference photos of myself for both Hyde and Lanyon's poses in panel 3. I will gladly release them to the public for the reasonable price of 1,000,000$.

Since this is often a point of confusion: Hyde perceives all of Jekyll's memories before the potion as fully his own. He is and always has been an aspect of Jekyll's personality. The transformation potion did not create Hyde, it just separated him from the rest of Jekyll's consciousness.