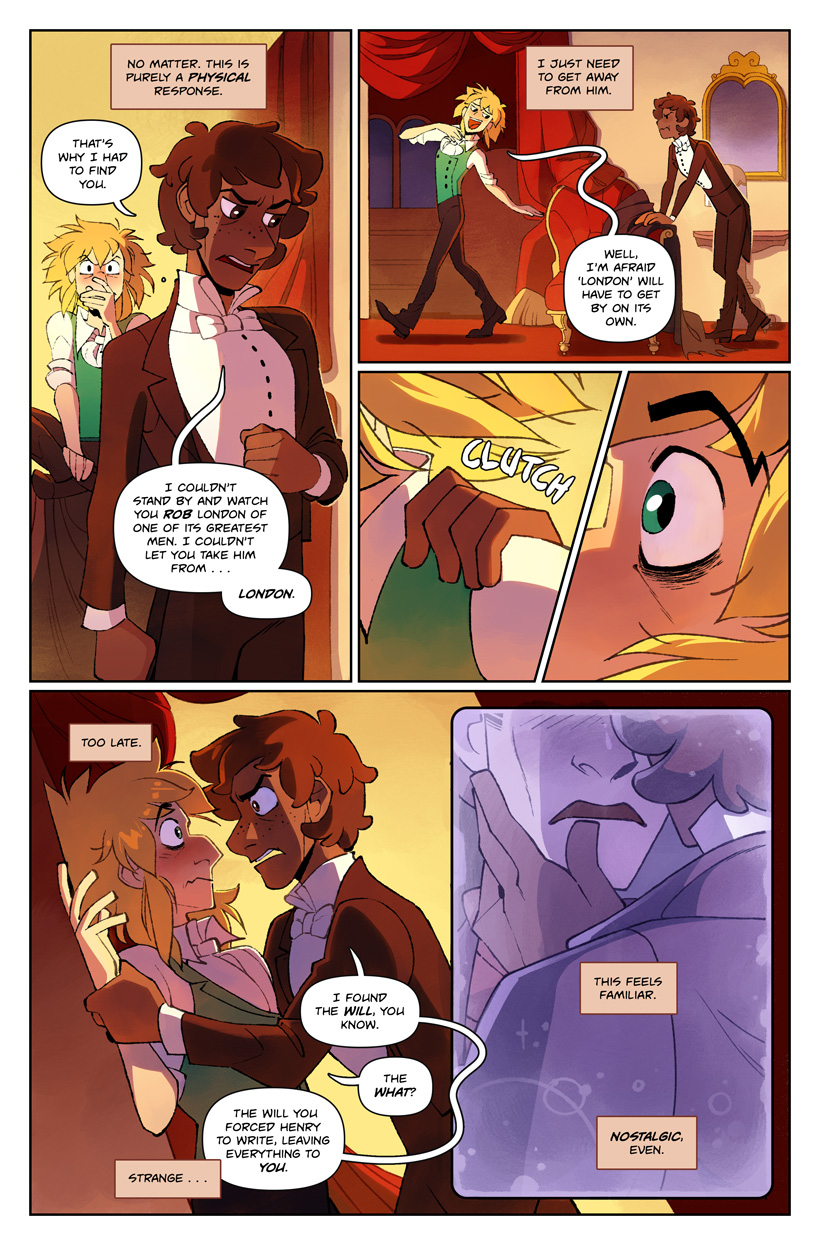 Wow nice save there Lanyon!

Please note that even now Hyde is refusing to examine his feelings, looking at them instead as a series of inconvenient and unrelated symptoms.

Last week, I was on an episode of Jenny Calabro's podcast A Jaunty Haunt to talk about Jekyll and Hyde! Specifically, we talked about the two most famous film adaptations of Jekyll and Hyde (the 1920s silent film and the 1931 Fredrick March version) because I didn't want to force Jenny to have to read the whole book or sit through the David Hasselhoff version of the musical (which as far as I know is still the only complete recorded version of the play? Am I wrong? I hope I'm wrong.)

Immediately after recording this episode, an anxiety train hit me straight in the face because wow, it's actually really hard to talk about a personal obsession with someone who isn't familiar with that obsession at all! Like, at one point, I insisted that I could recite the entire musical from memory and moments later, managed to quote three whole lines from Confrontation without getting a single word right! Wowee!

Anyway, that should be up later this week, I think! I'll be posting the link when it's up! Please check it out! Witness my shame!

Finally, there is now a third fan-run roleplaying group on Discord! If you'd like to join, please click here or follow the link on the 'RP FORUM' dropdown menu at the top of the page!