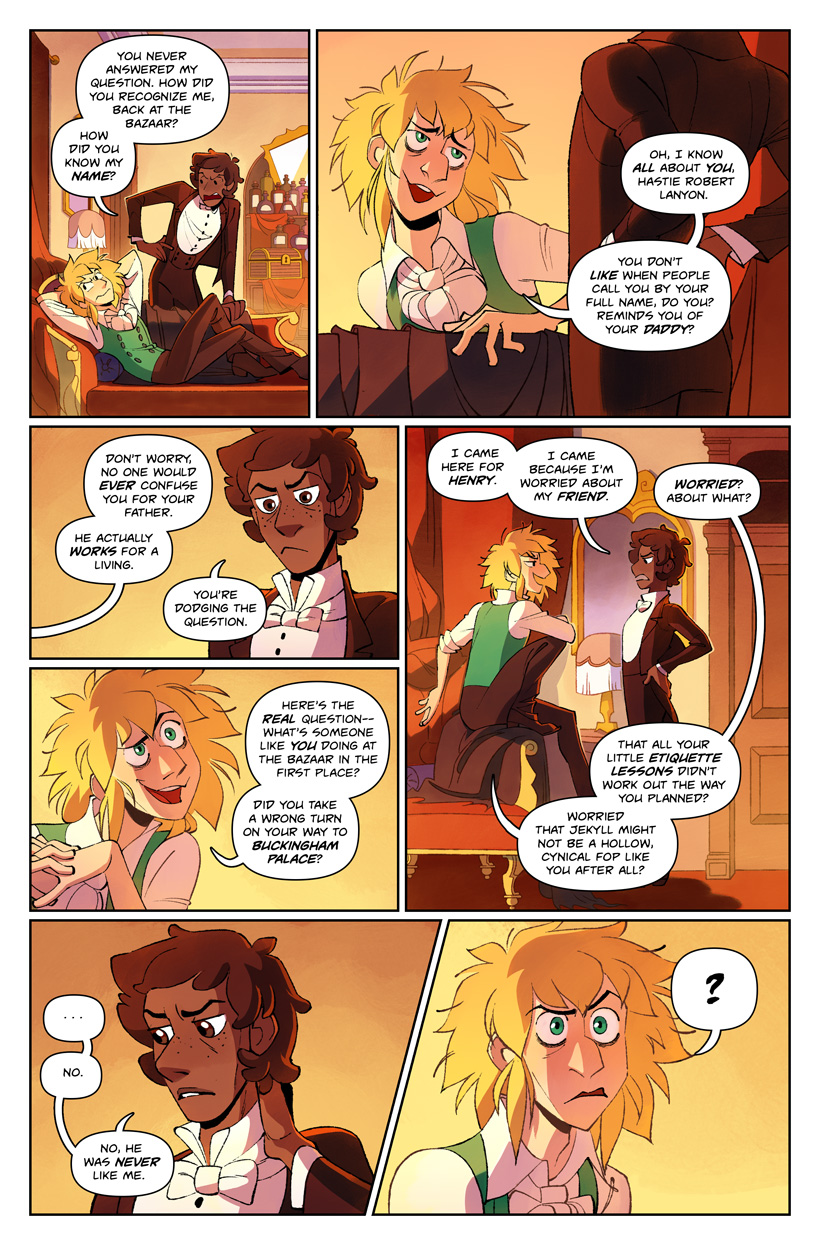 Could it be that Hyde was wrong about Lanyon this whole time??

Ugh, don't you just hate when you're really excited to write a certain character interaction--oh boy when these two meet there's gonna be so much drama--but when you actually go to write the scene, all that drama pours out at once in no specific direction and it all just turns into noise? That was the first version of this scene. There were pages of Hyde taunting and lashing out at Lanyon (like he does at the top of this page), but as my editor pointed out: even if Hyde's never said these things directly to Lanyon before, he's been muttering them to himself for ages, and it felt like . . . more of the same. And it was hard to get an authentic reaction out of Lanyon. Even if Hyde's words sting (and they do), he doesn't have enough of a past relationship with Hyde to make sense out of his remarks in context. His reactions kept coming out as, "Huh? What? Why do you know any of this? What's going on?" A scene cannot live on "wait, what?"s alone. Besides, Lanyon is used to people avoiding painful subjects by snarling out the meanest possible thing they can think of (those people are usually Lanyon), so he isn't likely to take the bait.

Also: This was a fun/difficult page to draw! When I'm just dealing with a talking heads scene, I have a habit of simplifying the characters' body language and just focusing on their expressions. But here I ended up redrawing most of the Hyde poses to make it feel like he was absolutely slinking around Lanyon in that Andrew-Lloyd-Webber's-Cats kind of way, and I'm fond of the results.