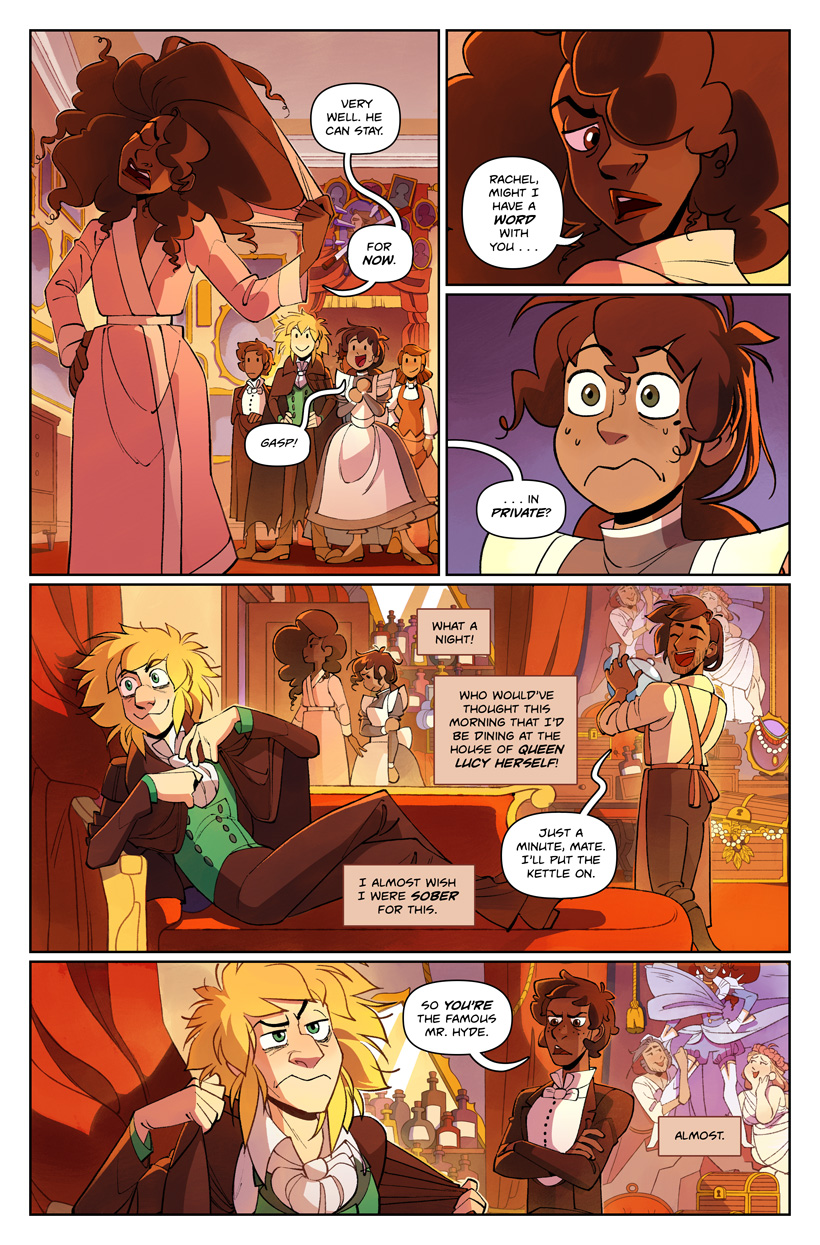 Poor Lanyon is so out of place in this chapter. He's the only character who isn't either related to Lucy or obsessed with her. In fairness, there's zero chance he would have caught Hyde by himself at the Bazaar, or that he would have known what to do with him if he HAD caught him. Even if he'd somehow managed to tackle him to the ground, without Betsy and Tacy to grab him, Hyde would have just bunny kicked Lanyon in the face until he let him go.

(There are two twin street cats who live outside our apartment and often bunny kick each other in the face.)