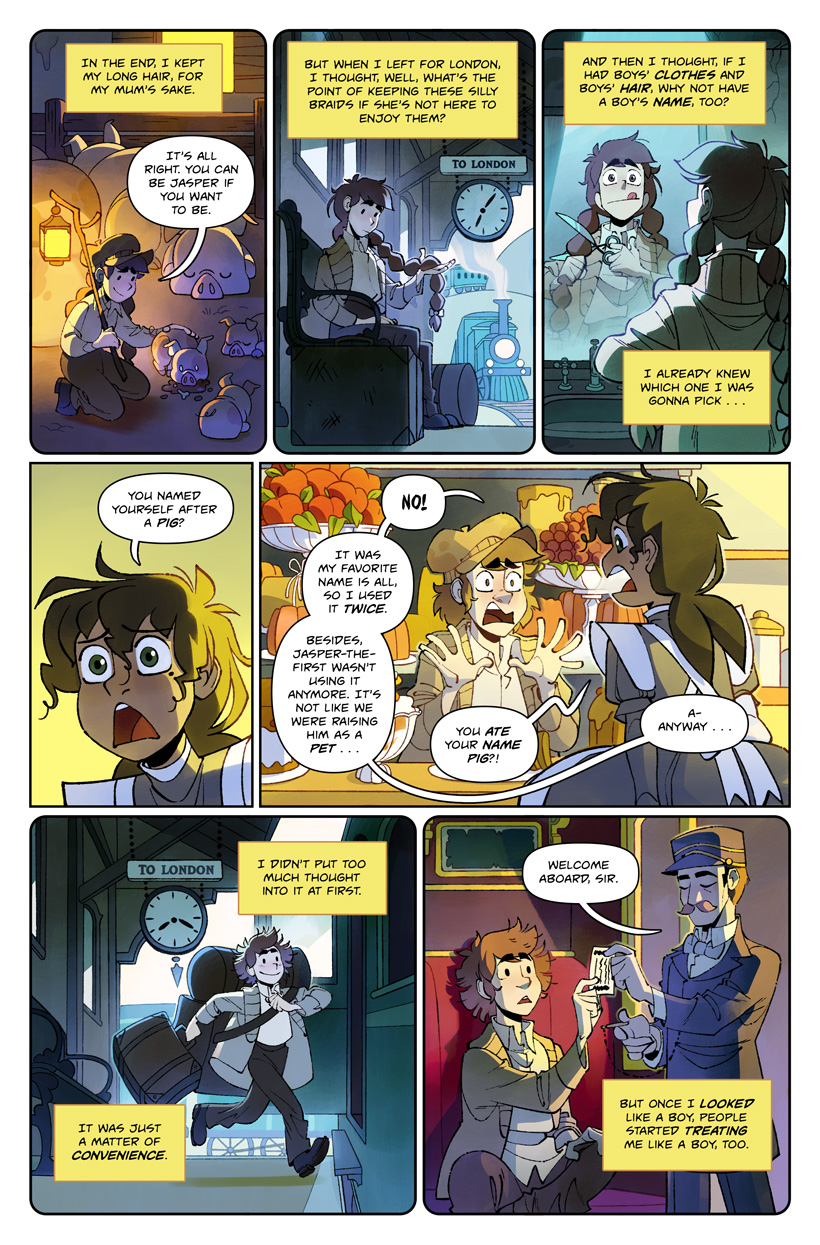 *taps microphone* *leans in* *whispers* This page was a nightmare on every level. Well, almost every level--it was actually pretty straightforward to write. But a flashback-heavy chapter is just So Much.

More gender autobiographical stuff! Like Jasper, I have a habit of projecting my gender and sexuality onto other (in my case, fictional) people rather than addressing them in my own life. I just found a gender-affirming name I really like, but I can't use it because I already gave it to a fictional character in a development project I'm working on, and if the project doesn't go through it's going to feel really awkward!

Also, if anyone is new here: I worked on Gravity Falls, so that's why the pigs look like Waddles.