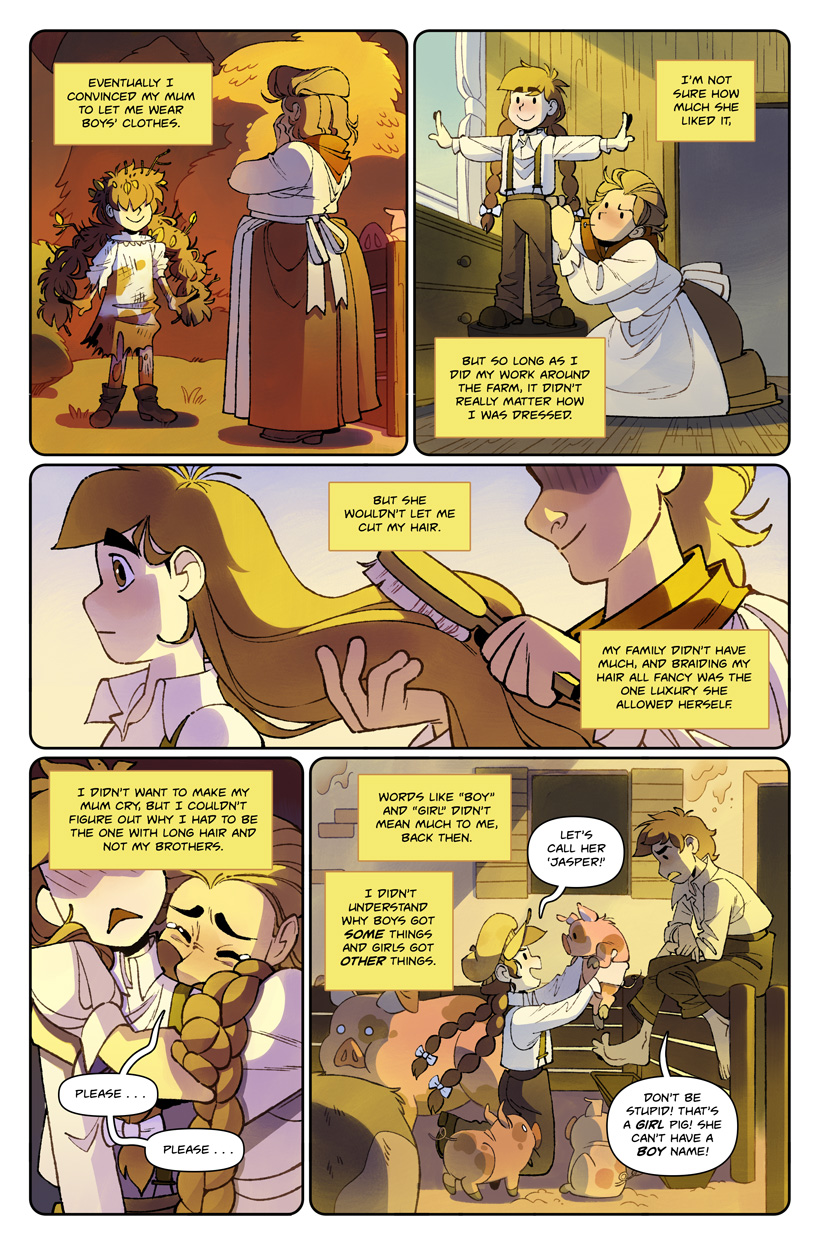 Jasper's trans backstory is partially informed by my experiences, which fall more in the "I don't understand gender as a concept" space than the "I always knew I was a Boy" space. But his observations here draw more from my current understanding of gender than my perception of myself as a kid. I was mostly indifferent to gender growing up and any sense of dysphoria was massively outweighed by my fear of Not Following the Rules. I really really like following the rules. I found most of the world (and especially social situations) super confusing as a kid, so having clear Rules I could follow helped me act in a way that other people seemed to understand. I was a Girl because other people expected me to be a girl, and if I met their expectations that meant that I was following the rules and I would get a gold star in Gender. (Why yes I was an A student, why do you ask?) Incidentally, Daniel Lavery's Something That May Shock and Discredit You was instrumental in helping me parse out these weird social expectations vs. internal identity issues.

I was one of those people whose knee-jerk reaction to finding out about nonbinary identities was, "Hey! You can't do that! You're breaking the Rules! Why can't you just follow the Rules??" I wasn't able to question my own gender until I gave other people space to express theirs.

Also thank y'all for your nice comments last week about my ~transition~.