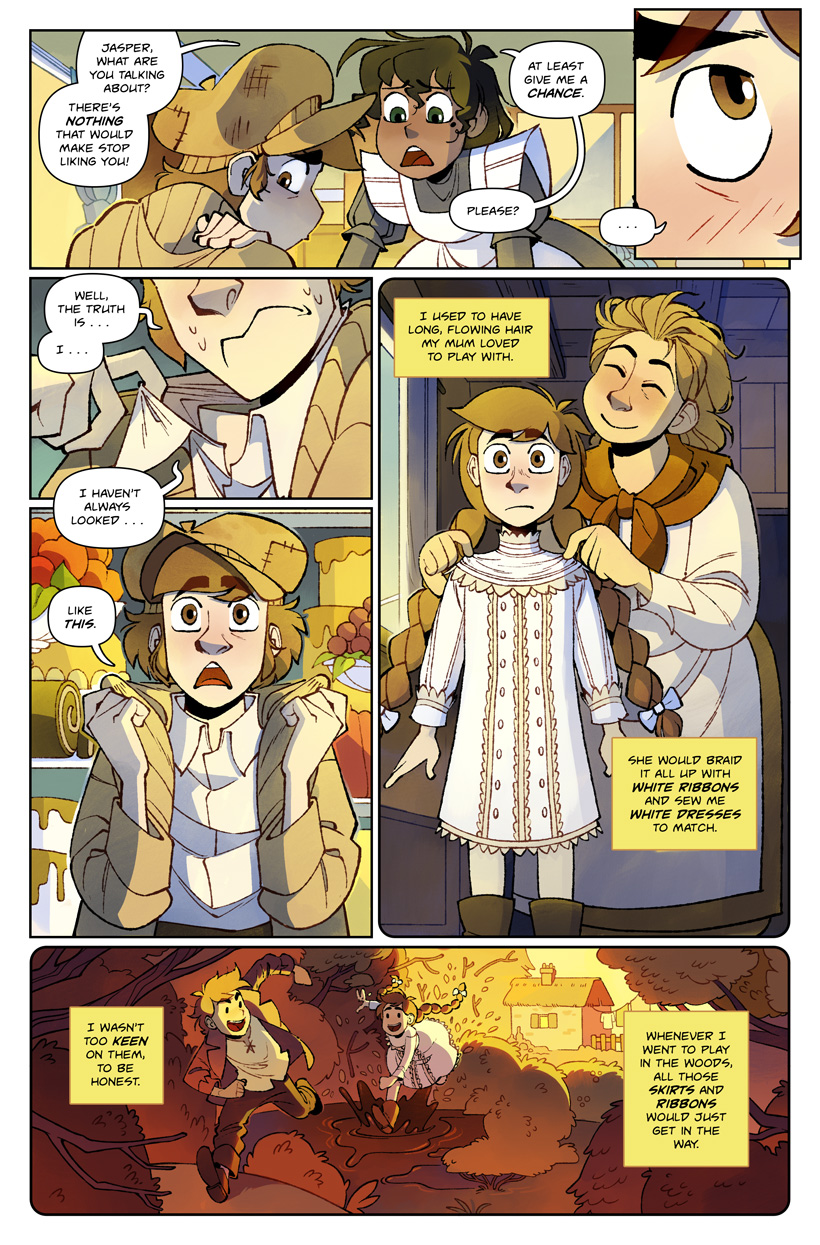 Quite a few readers guessed this already, but yes, Jasper is trans! To clear up some confusion, I have wavered in the past as to whether he is a trans man or non-binary, but I can now confidently say that he is . . . um . . . trans-masuline! Definitely masc-leaning, but he still hasn't told me whether he fits into the binary or not. I'll let you know if he does.

This is a scene that has changed massively over the course of writing the comic. When I first started outlining the story, I had a sense that I wanted Jasper to be trans but knew next to nothing about trans issues and, crucially, did not know how much I didn't know. I have a completely different idea of how gender works now, and I don't think I could have written this chapter without that foundation.

I'm also writing this while massaging a sore muscle from a testosterone injection yesterday. I don't think I've mentioned it here before, but I've been on T for about two months now, which is definitely something I didn't think I'd be doing when I started writing this comic. The fact that I was writing a comic about a sad queer boy who takes chemical supplements to deal with his identity crisis should probably have tipped me off. But hey, I know how to stab myself now! That's pretty neat!