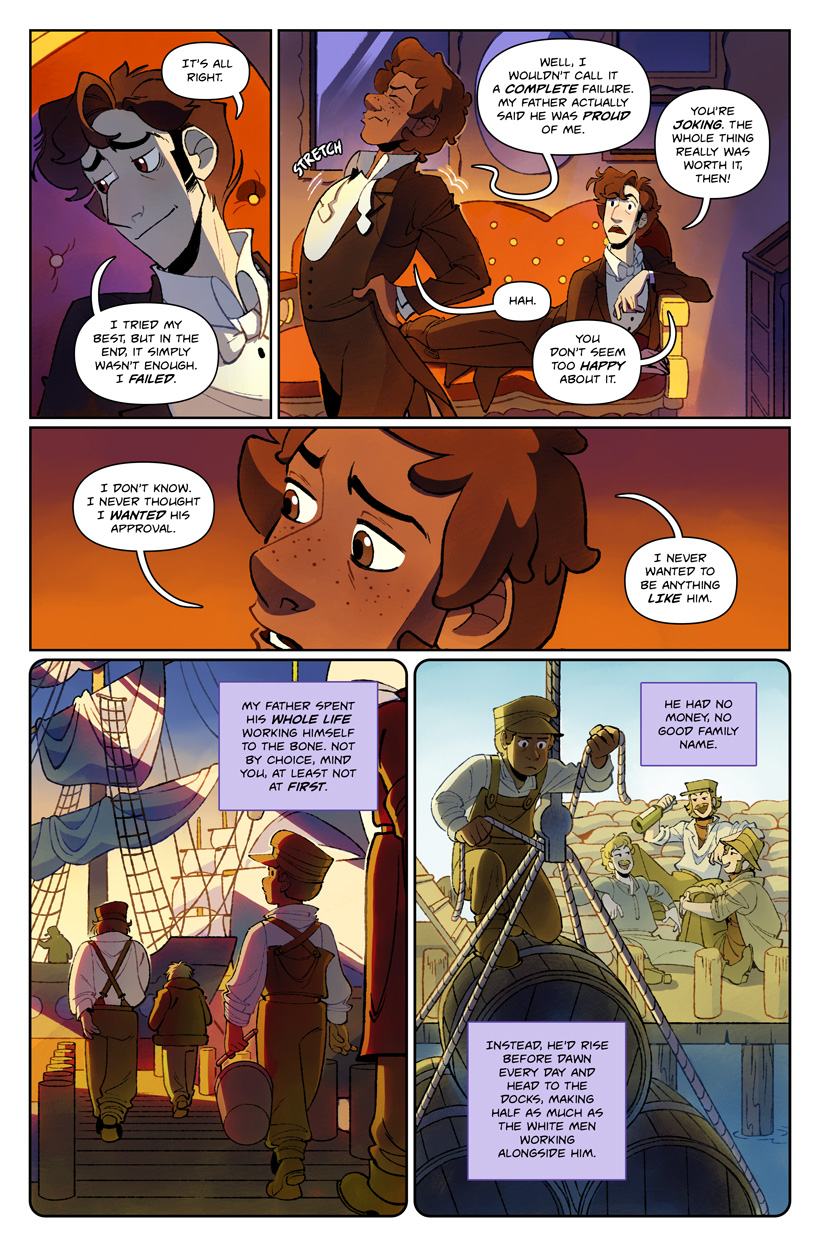 I’ve always had a difficult time researching race for this particular setting (late 19th century London). I’m sure a lot of that is a failure on my part, but I’ve often gotten up to the point of learning, “There were lots of POC in London!” and then run into a bit of a wall.

It does make sense that London would be a diverse place, being a port city and the capital of the British Empire, but I wish it were easier to get a really in-depth picture of what average life would have been like for someone like Lanyon’s father. I tried my best, at least, which is more than you can say for an animation director I heard of recently who refused to put POC in his adaptation of [well-known Victorian novel] for reasons of “historical accuracy.”