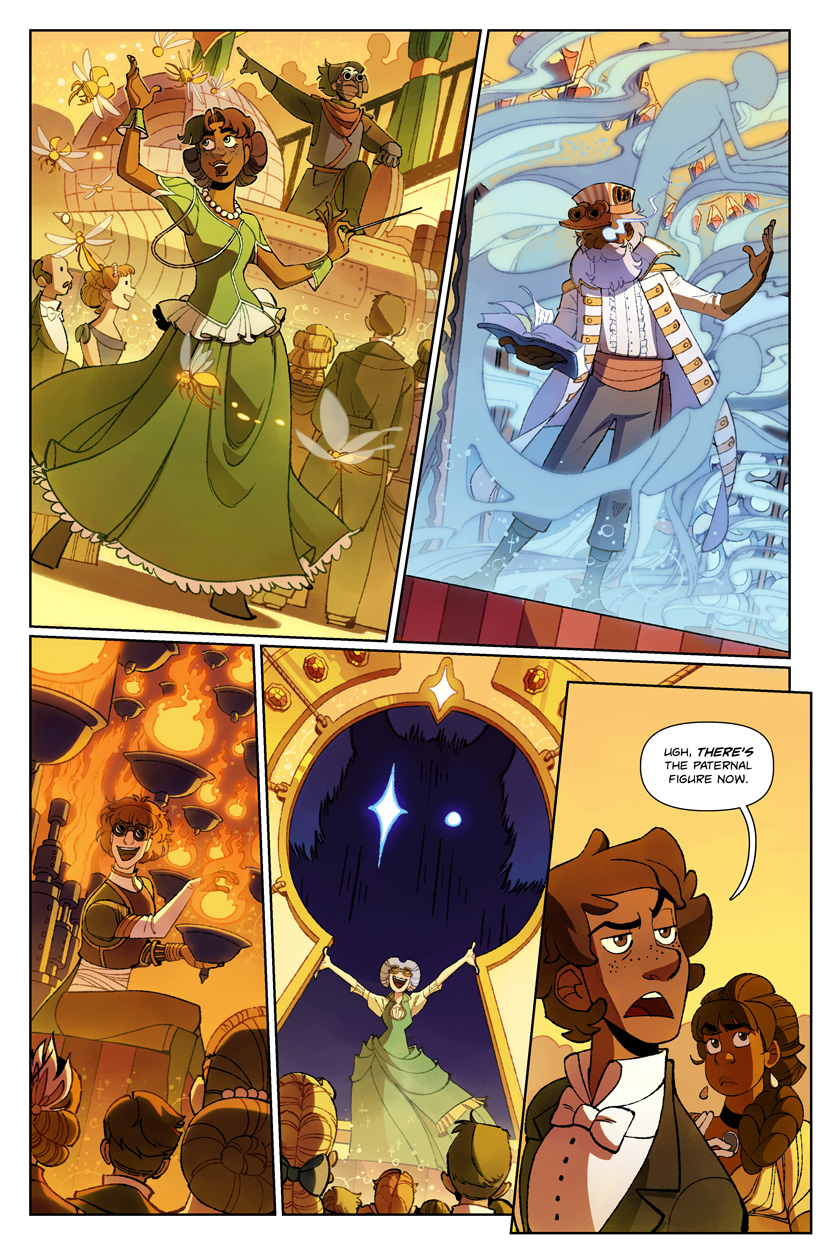 This is the final page of a five-page update!

It's been two weeks in comic-time and seven years in real time since Jekyll first introduced the Grand Exhibition of the Society for Arcane Sciences. And the comic's not nearing its end, if you can believe it. (I mean, you can probably believe it, given how much is left to be resolved.) We've still got a few years to go!

I'm posting this update quite late, partially because I couldn't decide how I wanted to post this comic until the last minute, but mostly because I've started a new job these last couple weeks that I'm still trying to wrap my head around while (still) trying to finish sending Book 1 of The Glass Scientists to the publisher. (It's taking!! So long!! Aack!!) I reached a low point this week when I nearly got trapped in the shower after the broken sliding door got stuck--it's been off its hinges for weeks, but I kept putting off fixing it until "I get a free moment." Also on that list: replenishing my nearly-empty supply of tea, cleaning my office, cutting my hair, responding to emails . . . it's a mess, y'all. I am once again hoping for a reprieve this week.