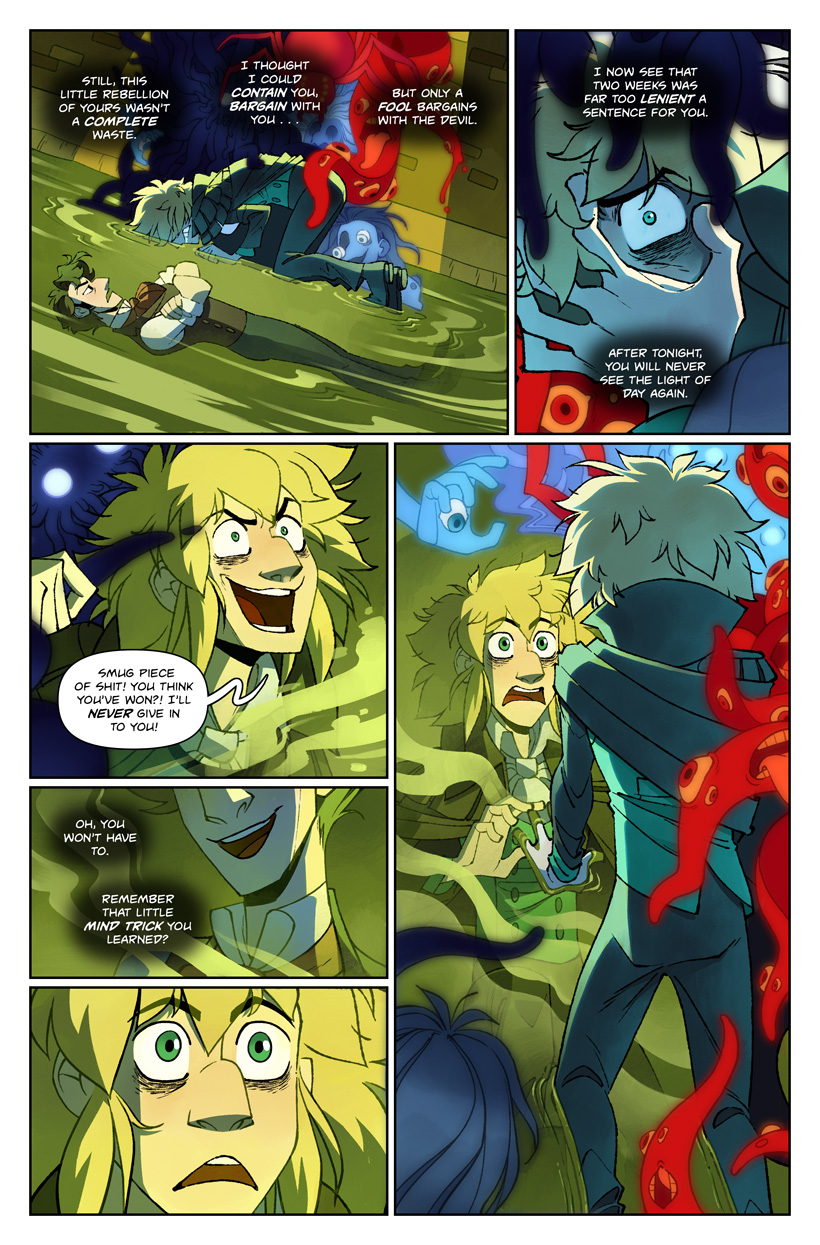 Jekyll in anime-villain mode was one of the first ideas that came to me when I was dreaming up The Glass Scientists. Nearly every adaptation features Hyde torturing and overpowering Jekyll, but the thought of Jekyll claiming that near-supernatural power for himself has always been intriguing to me. A core idea I try to explore in TGS is that Dr. Jekyll is not a perfect, innocent angel eternally tormented by the demonic Mr. Hyde but a flawed human being locked in an ever-shifting power struggle with his other self--"two polar twins constantly struggling" if you will. Also, sexy, confident villains are fun to write!

I forgot to point this out on the previous page, but the phrase "you stupid child" is a stealth reference to the BBC Jekyll miniseries. The two other people in the world who remember that show know what I'm talking about! *finger guns*