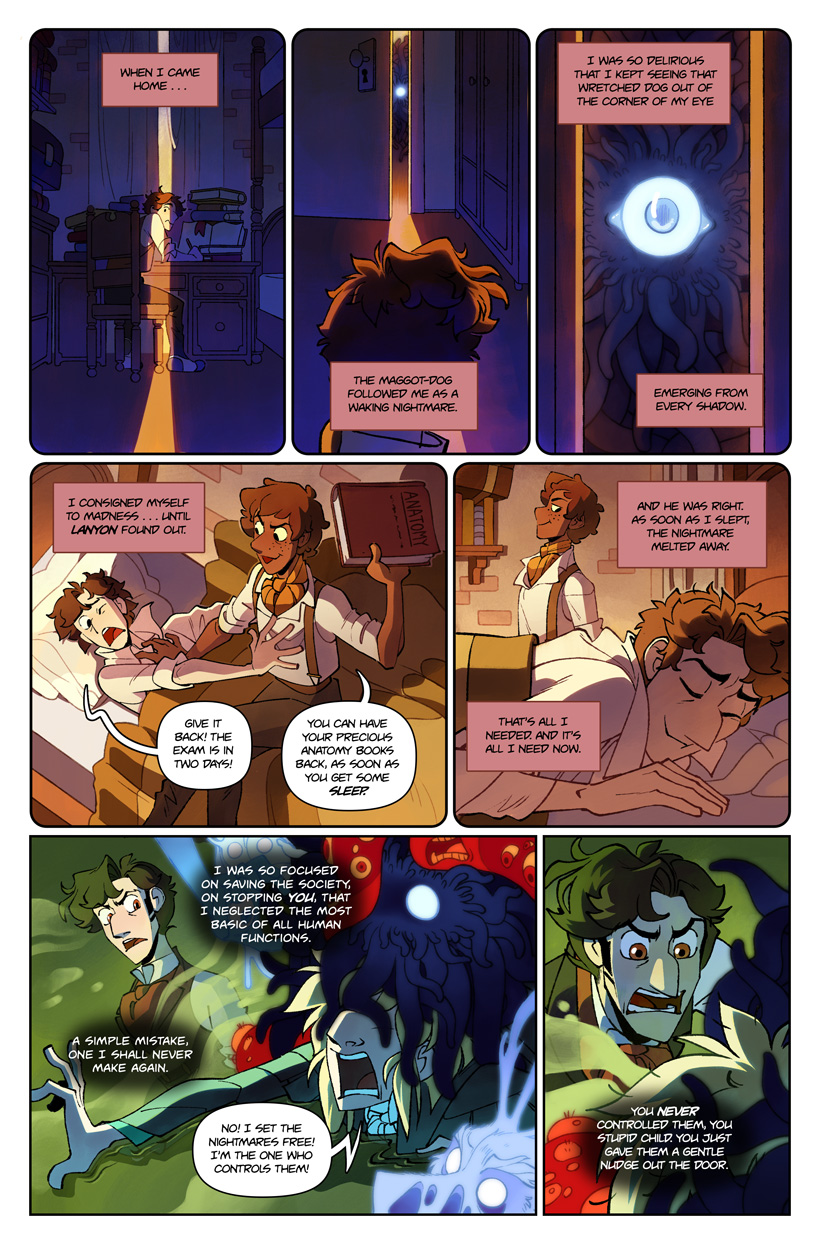 Thanks everyone for your suggestions last week! There were so many great ideas, and I am still sorting through everything, but please know they are seen and appreciated. Unfortunately, I realized that I may have written myself into a bit of a corner. The core of many fun slice of life ideas--the gang goes to the beach! the gang goes to the grocery store!--are difficult to pull off because the characters are almost never in the same place at the same time:

In any story before the start of the main comic, I'm limited to Jekyll, Hyde, Lanyon, and Rachel. Of those four, Hyde cannot be present at the same time as Lanyon without breaking canon. If I want Jasper, Frankenstein, and the Creature in the story, I'm basically limited to Chapters 7, during which time Hyde cannot be out because that would break canon, too. I feel like this is turning into a logic problem?? Maybe the solution is just to go full AU and preface the whole thing with, "This is a non-canon story so that all the characters can hang out together." Or the solution might be to aim for that Chapter 7 sweet spot where the greatest number of characters can be present and, I don't know, write a little drabble where Hyde meets Dracula or something.

Speaking of Dracula! This is probably not slice-of-life enough to fit, but I have half-outlined a side story where Lanyon meets Dracula as a potential patron for the Society. Dracula puts him under his spell (Lanyon doesn't super mind . . . Dracula's pretty cute) and Rachel and Hyde have to rescue him. Have temp-titled this idea "Rachel the Vampire Slayer."

Also: This page took forever to draw and color, hnnngh