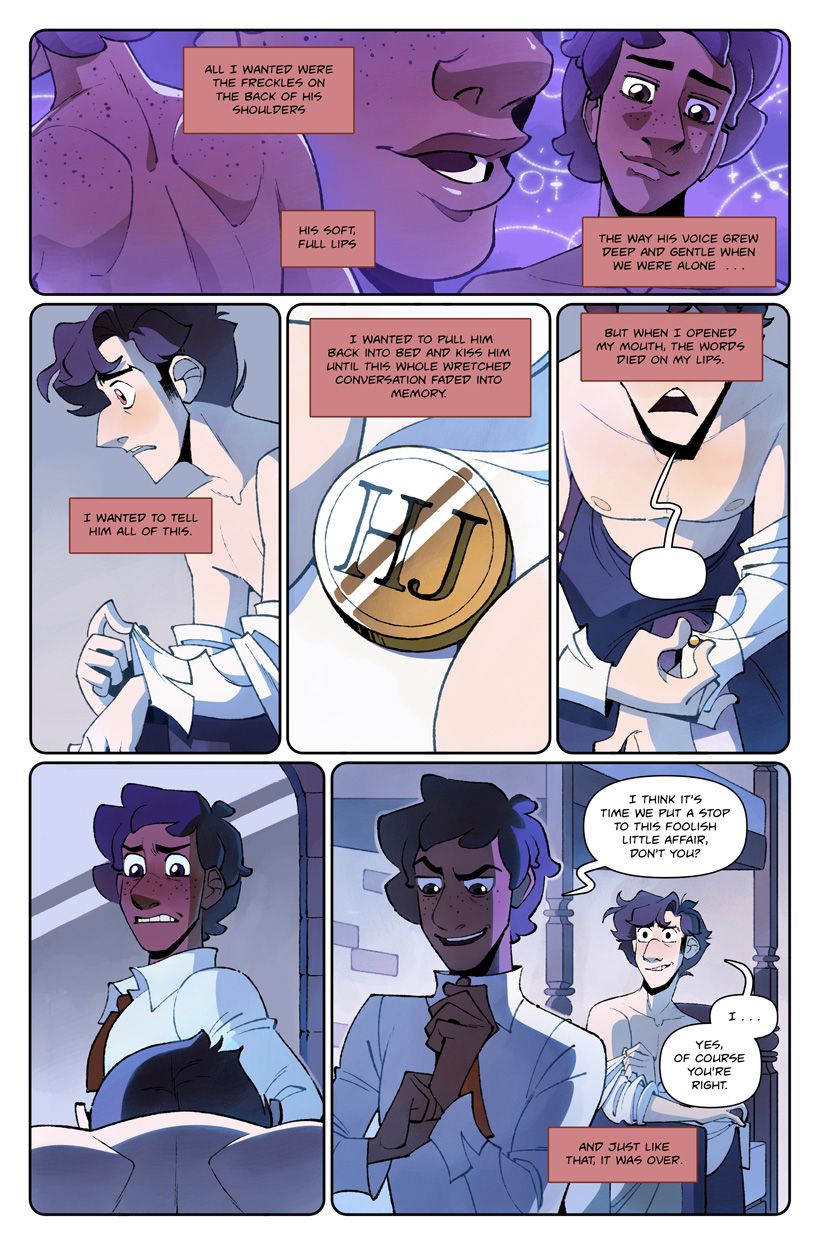 Pretty much everyone called it, but yes, this is That Breakup Scene from the Hall of Memories*.

In that brief moment of silence, please know that Jekyll has fully managed to convince himself that he is okay with this. His thought process was something like, "But I don't want anyone else--I just want him. I should say that. No, wait, I shouldn't say that. I could never say that. So I won't say it. Phew, I feel relieved knowing that I won't say it. Which probably means I don't actually have feelings for him. Which means I will probably leave him for someone else eventually. So we may as well end it here, right? Yeah. That's it. This is the right decision."

*Minus some visual details--I need to go back and edit that page for continuity.