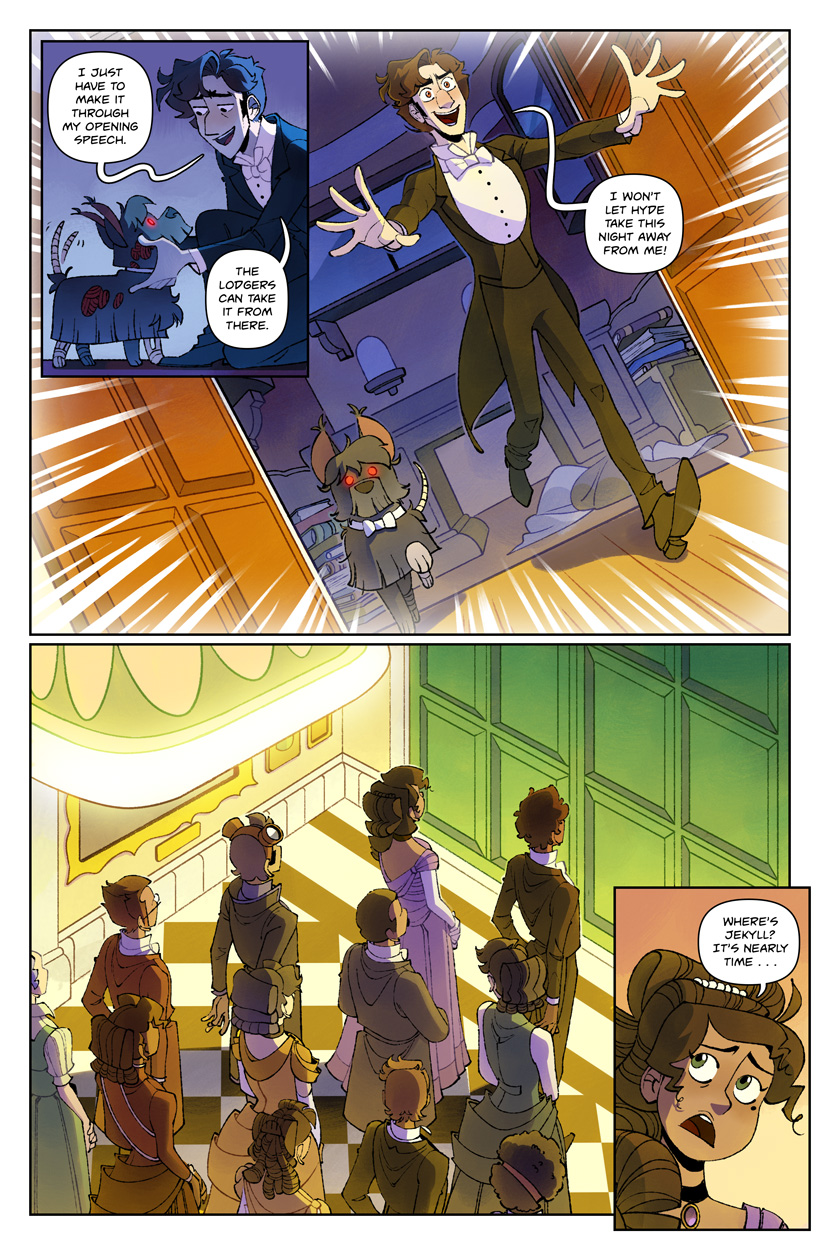 I’m nearly ready to ship off the materials for TGS Book 1 to the publisher, but I keep writing and rewriting this little afterword explaining my personal connection with the Jekyll and Hyde story. These little blurbs are common when pitching shows for animation, and I used to be so skeptical of them—how self-involved, how neurotic! Why would anyone want to hear my dumb sob story? But when listening to other people’s pitches, I was often surprised at how much they illuminated the themes and emotional heart of their stories.

Nonetheless, I do find these blurbs incredibly hard to write, and it’s especially hard for a story I’ve been mulling over for nearly two decades. In my initial draft, I wrote about the way Jekyll’s desire to both repress and indulge his “dark” side mimicked my fear of bisexuality in thoroughly-biphobic 2004. In my second draft, I pivoted to focusing on how my biracial identity drew me to characters split between two worlds.

My instinct is to veer back towards the bisexual take, but I’m doubtful of my ability to accurately represent my feelings from that time. My story doesn’t fit into the traditional narrative of a queer teen—I didn’t always know I was bisexual, I didn’t feel validated by the sparce queer media at the time, and the homophobia I faced was not the overt Christian conservatism often depicted in popular media but a complicated miasma of silence, disgust, and fetishization. I guess I’m afraid of not being relatable? If I’m lucky, my editor will let me know if this afterword is a huge mistake, but I may be in the market for beta readers soon.