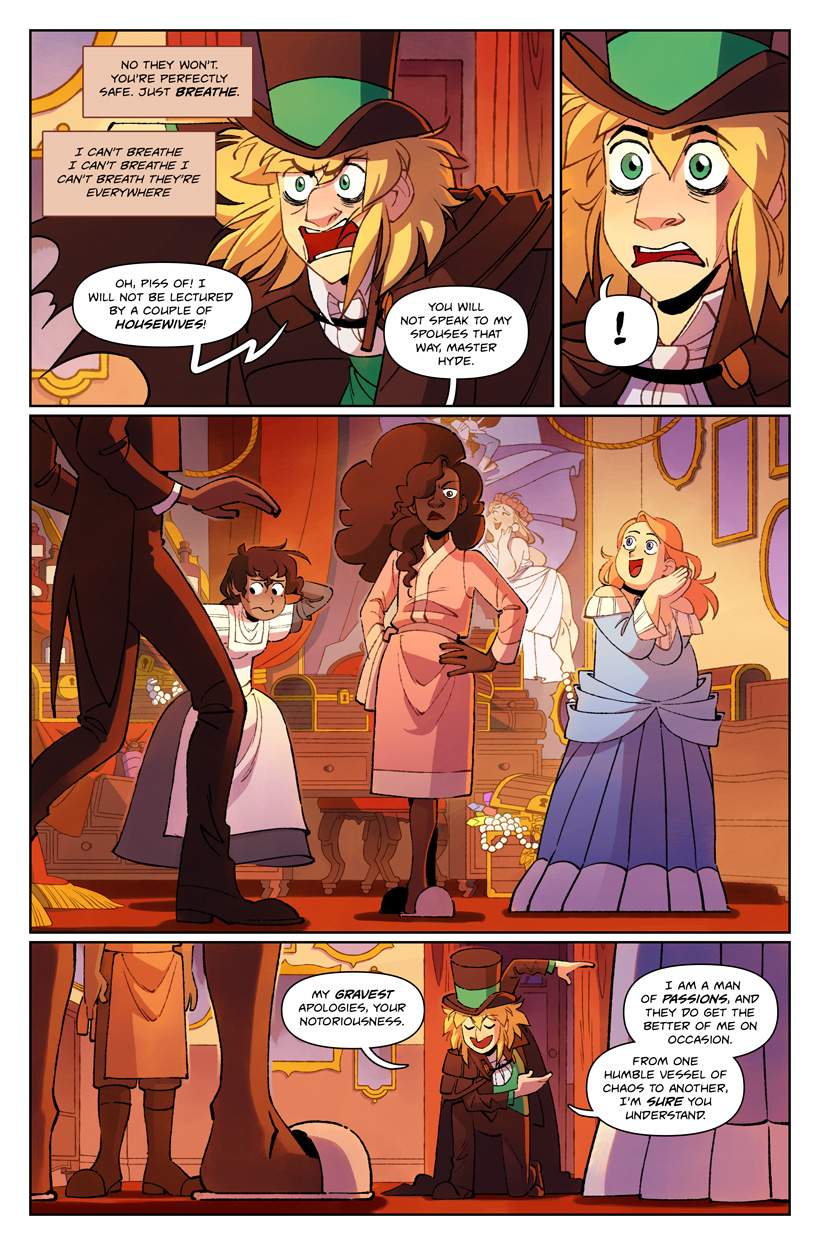 This week, I've been struggling with improving the 'About' page for the overall story. I made an informal poll on Twitter to help me choose between a more fun, reveal-focused blurb verses a more traditional, descriptive blurb. Overall, the responses came back slightly in the fun blurb's favor, but a couple people responded that the wording in that version was clunky in places. That may well be the case, but I've been staring at it for way too long to make sense of it! Let me know if you can come up with a more elegant way to phrase this paragraph without giving away Jekyll's name:

". . . unless someone can turn their luck around.

That someone is a respected gentleman and socialite—who also happens to be a scientist himself! He believes that mad science (or “rogue science,” as he prefers) could flourish in London if only they could improve their reputation in the public eye, and he plans to give them one hell of an image makeover. With the help of a ragtag group of scientists from across the globe, he plans to end the reign of fear and superstition that has held London captive for decades . . . so long as no one discovers his one little secret, a secret that could ruin him and unravel the lives of everyone he knows."