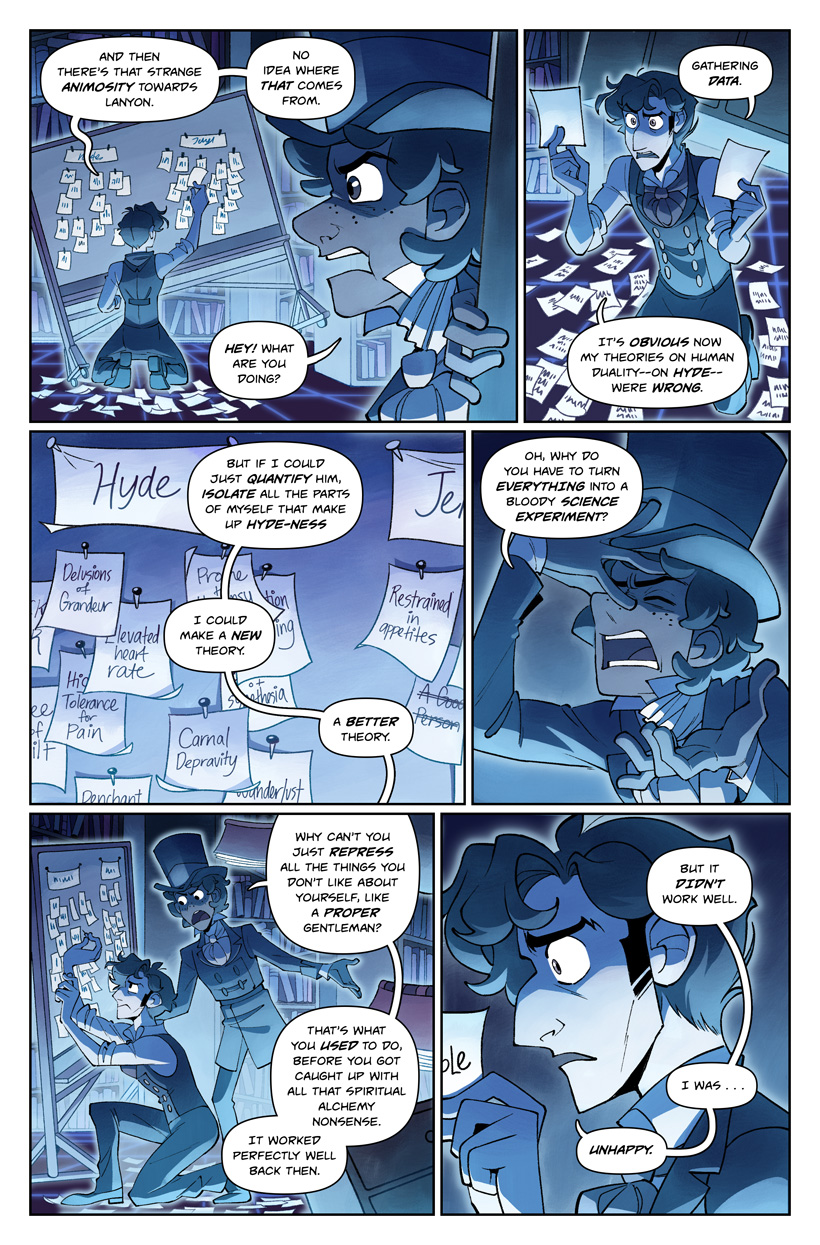 As I mentioned earlier, these short scenes inside the Hall of Memories were the strangest and most difficult to write in the whole chapter. I'm still not entirely sure if they earn their screentime. I just like the idea of Jekyll meeting fake!Lanyon. It might be indulgent, but given that I'm the only one on this "production", at least I'm the only one suffering because of it.

It's something I felt was important, at least in the abstract: Jekyll has to wonder what the hell Hyde is. And he's going to go about discovering Hyde's true nature in the manner of a proper Victorian scientist: by categorizing him. I also like the idea that Jekyll is so bad at understanding his own feelings that he has to make a chart about them. In the last panel, he is only JUST putting together that he used to be very unhappy. "Let's see, take the square root of y, multiply that by x, which gives you . . . 'sad'."