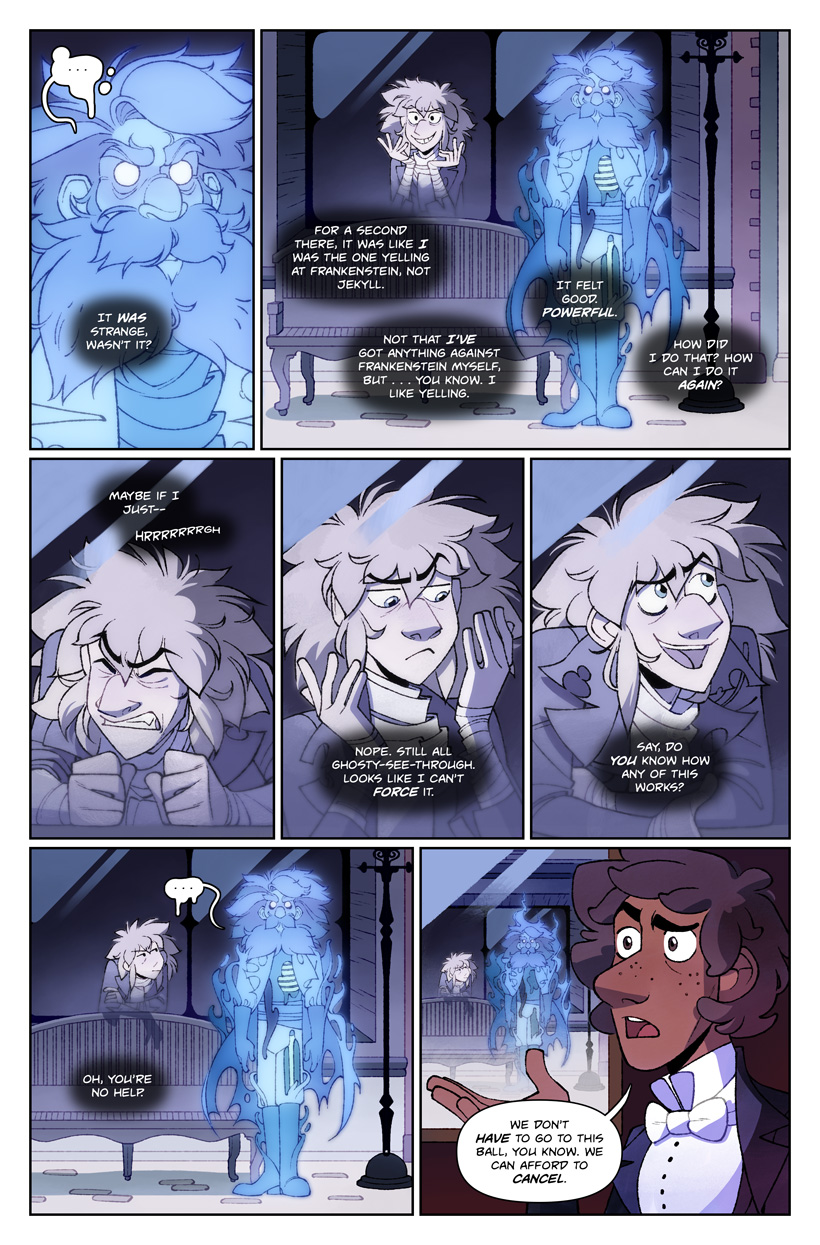 I don’t mean to step on any fan theories about green-eyed Jekyll, but I would like to point out that Hyde is more than capable of dishing out pointed, cutting insults. It’s one of the first things he does as a character. He’s best at directing those insults at Jekyll, usually in an effort to convince Jekyll to do something unhealthy, but it’s a lot easier to lash out at people if you’re already lashing out at yourself.

Hard pivot! The Amazon is burning?? I don’t really know what to do about this, but I figure I have a tiny platform, so: if you haven’t heard about this, please read about it! If you’ve already heard about it, I’m not really sure what else to say. I’m pretty bad at activism, so rather than wasting time thinking “What can I PERSONALLY do?? How am I PERSONALLY responsible for this??” I prefer to give money to people who actually know what they’re doing. I like the Rainforest Trust! I already donated to them this year, but I’m going to do so again because….burning.

Whenever stuff like this happens, there are always a bunch of articles that say things like, “YOU can help! Just stop buying paper and eating beef and using straws or whatever!” While I think those individual changes can be nice, I also find them kind of….annoying. At the end of the day, it’s corporations, not individuals, who have created these problems, and encouraging people to focus on their own tiny climate sins draws attention away from the bigger and more relevant problem. If you see an article claiming that you can fix climate change by using reusable coffee cups or whatever, I would encourage you to be skeptical. I’m not really sure how to fight the larger problem of corporations that base their business model on waste and cheap resources, but um! I dunno. It’s been on my mind lately.