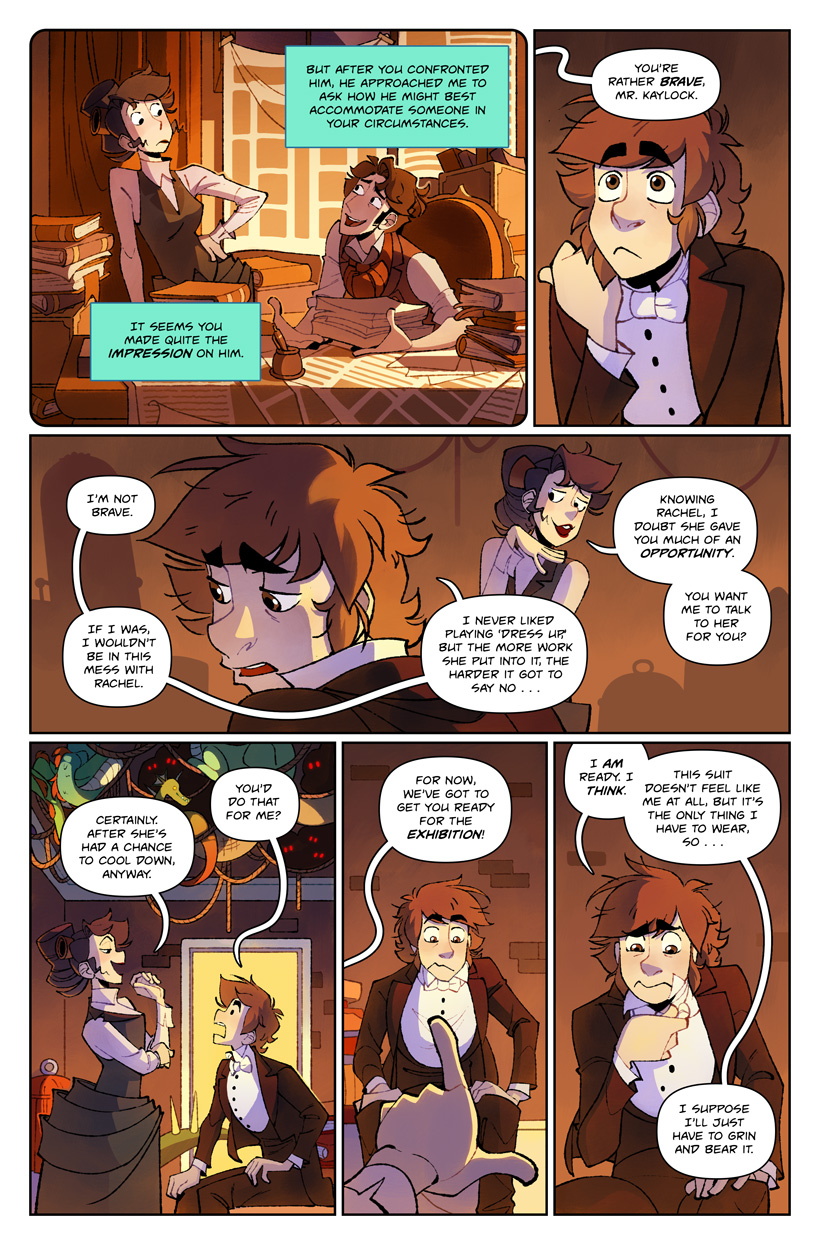 Last week, several people brought up concerns about Jekyll choosing to tell Ito about Jasper’s identity. Now, since that explanation was split between these two pages, it’s possible the additional context of this first panel here may mitigate those concerns: Jekyll specifically chose to talk to a trans person who was more comfortable in their identity, whom he knew would be discreet, so that he could learn how to better support Jasper without burdening Jasper himself with the task of educating him. In the present day, he would ideally educate himself through books or other resources first, but those resources would not have been available to him at that time.

. . . with all that said, the actual reason these two panels exist is to paper over a plot hole. I’d planned this conversation between Ito and Jasper for a long time, but somewhere along the way, the means by which Ito originally found out about Jasper’s identity ended up getting cut. So this whole messy situation is just trying to answer the question, “Wait, how did Ito know Jasper is trans?”

If Jekyll is still coming off badly after this page, this explanation may be due for a rewrite, something like, “I overheard you two talking,” “He asked me about a trans friend without naming names, but I connected the dots,” or even, “Oh, I figured it out a while ago.” (Too rude, maybe? Though some readers did point out how unlikely it would be that someone so early in transition would pass as easily as Jasper has, especially to another trans person.) Let me know in the comments if you have any other suggestions for a fix! Caveat: It would have to fit within these two panels, as this chapter is already over-long, and this is meant to be a small explanation within a small scene of a larger chapter.